The history of the meeting between Twodesigners and Makisu goes back to 2012, before the opening of the brand’s first restaurant in Brussels. Antoine and Laurie were returning from a world tour, with the firm intention of introducing to the people of Brussels those flavours which they had discovered during the course of their travels. 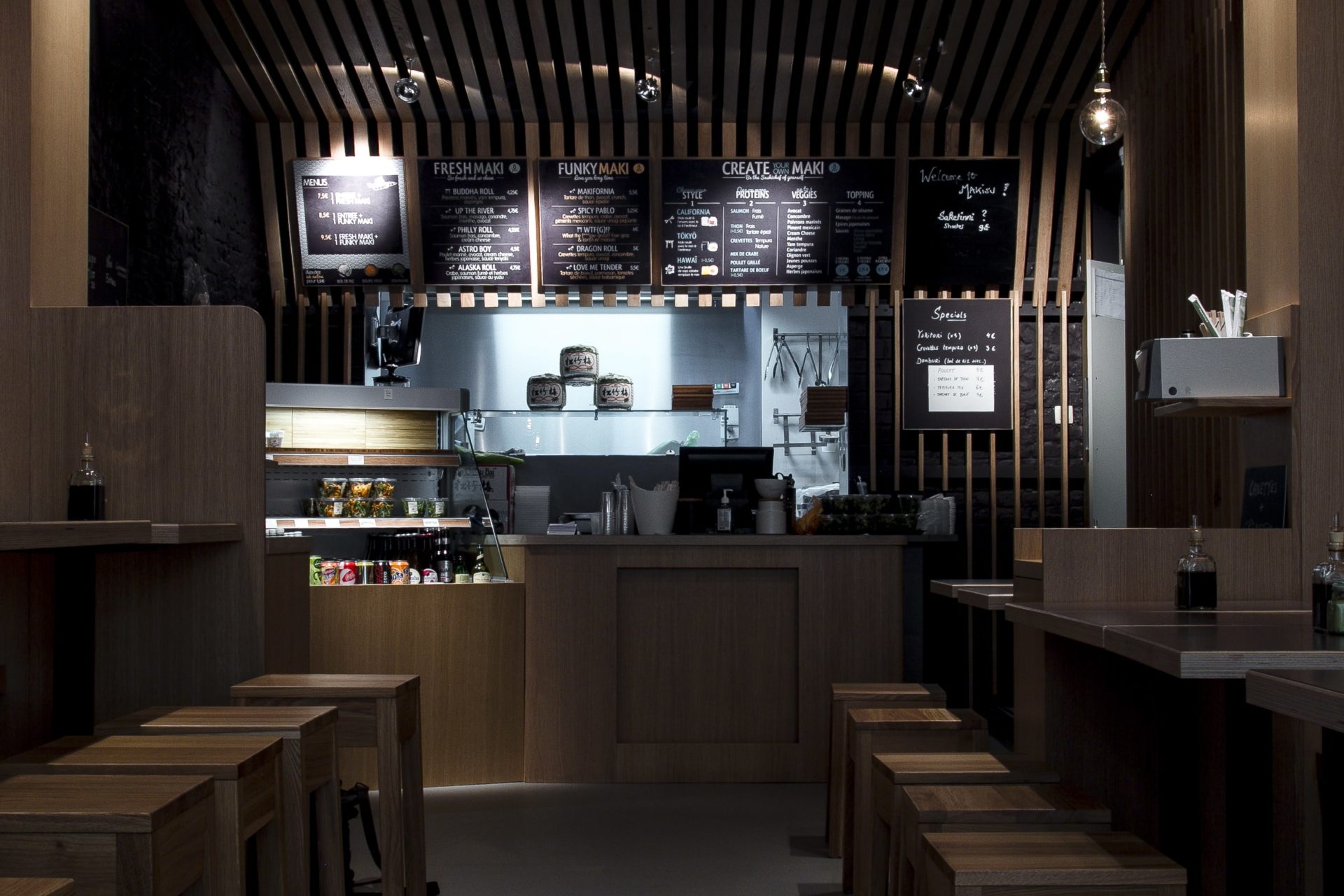 From this meeting was born the graphic design universe which retraces a part of their long voyage. You can find in this universe their passion for “makis” and “sushis” with a touch of sunshine, a wink towards their passing through California. 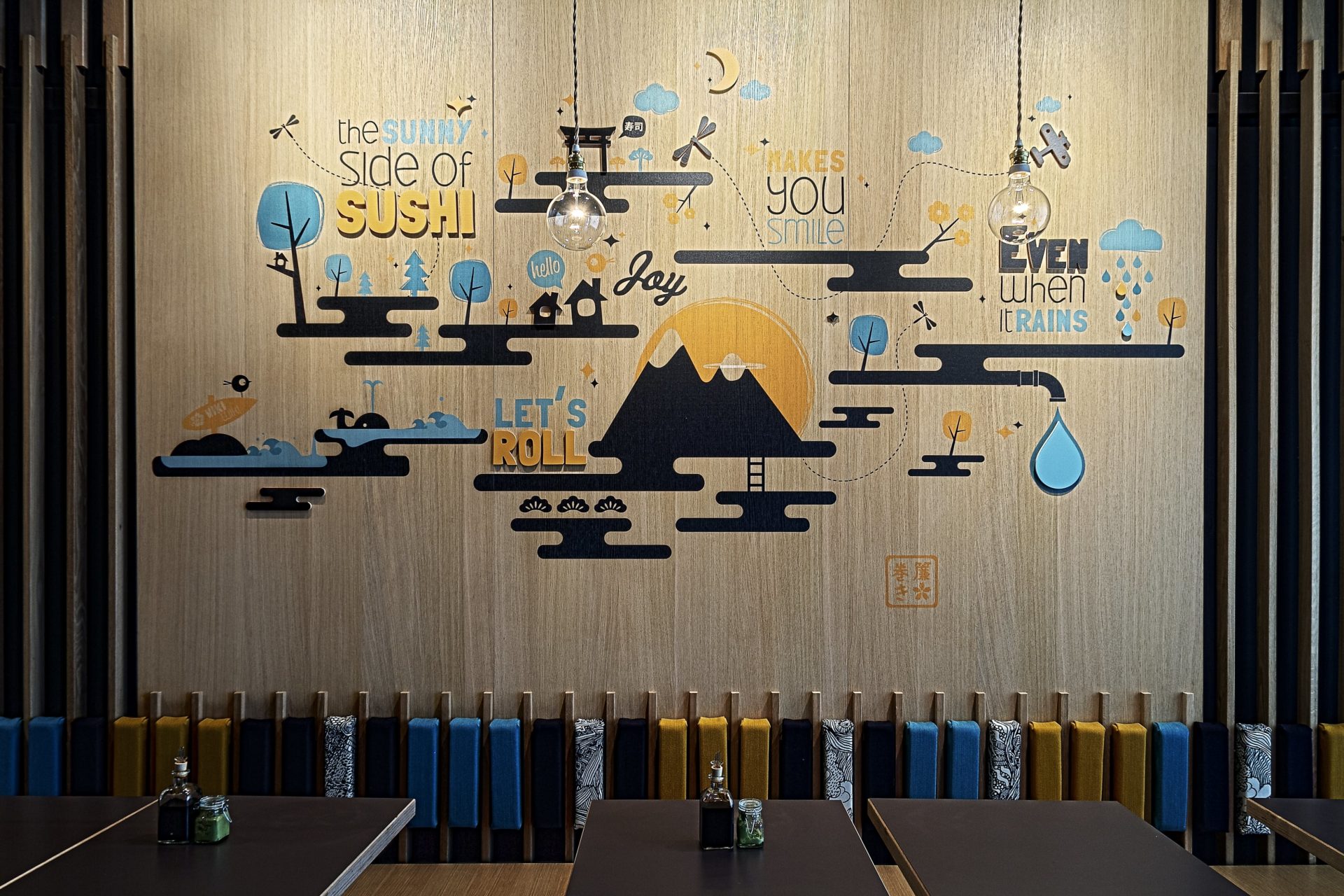 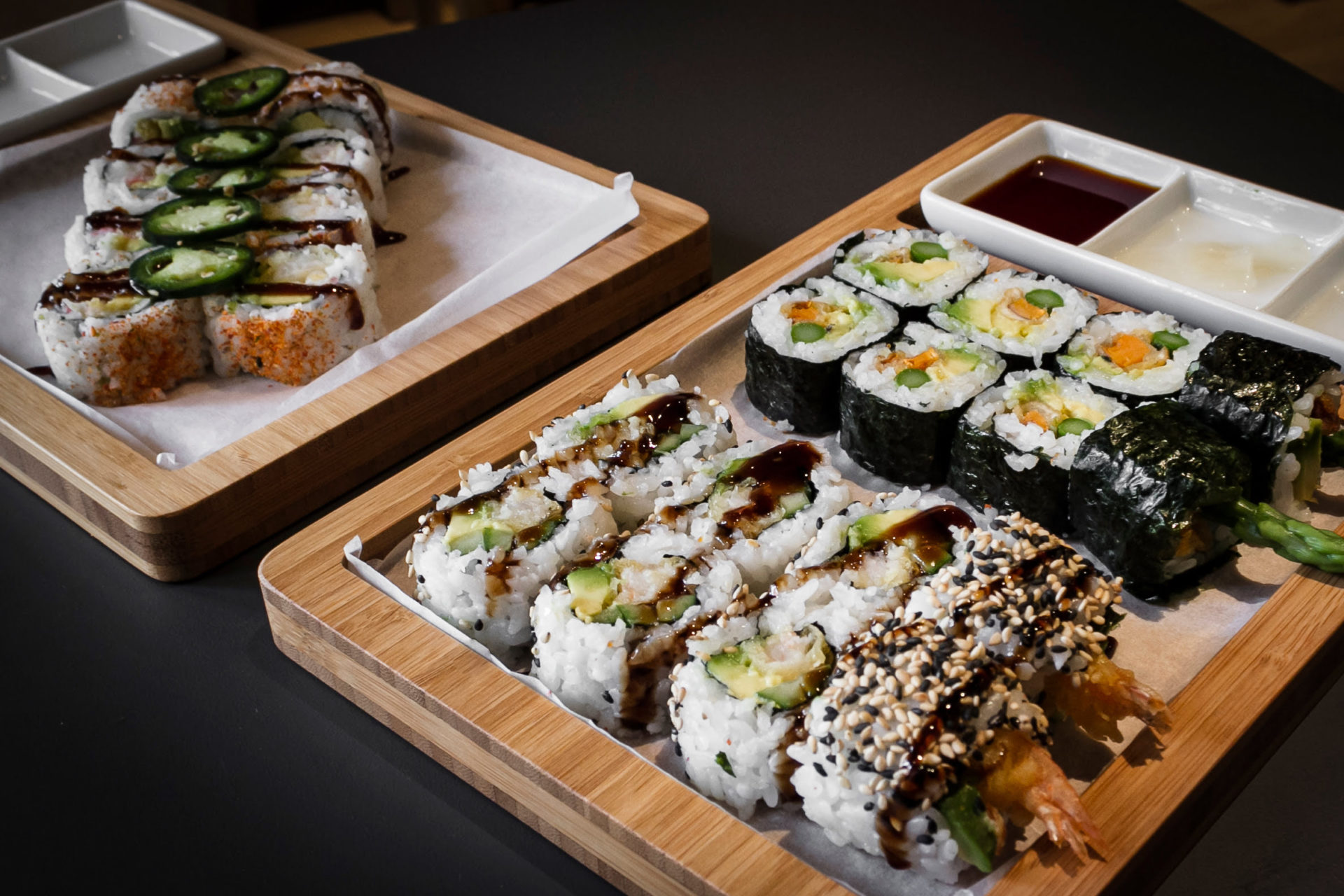 From the trip to your plate

The Makisu adventure continues in a second restaurant in Brussels, rue de Flandres. The graphic design brings the visitor in a journey between Japan and California. Through the mural printed on concrete, sushi and maki lovers fly over the Pacific Ocean from the fish markets of Tokyo to the sushi bars of Los Angeles. 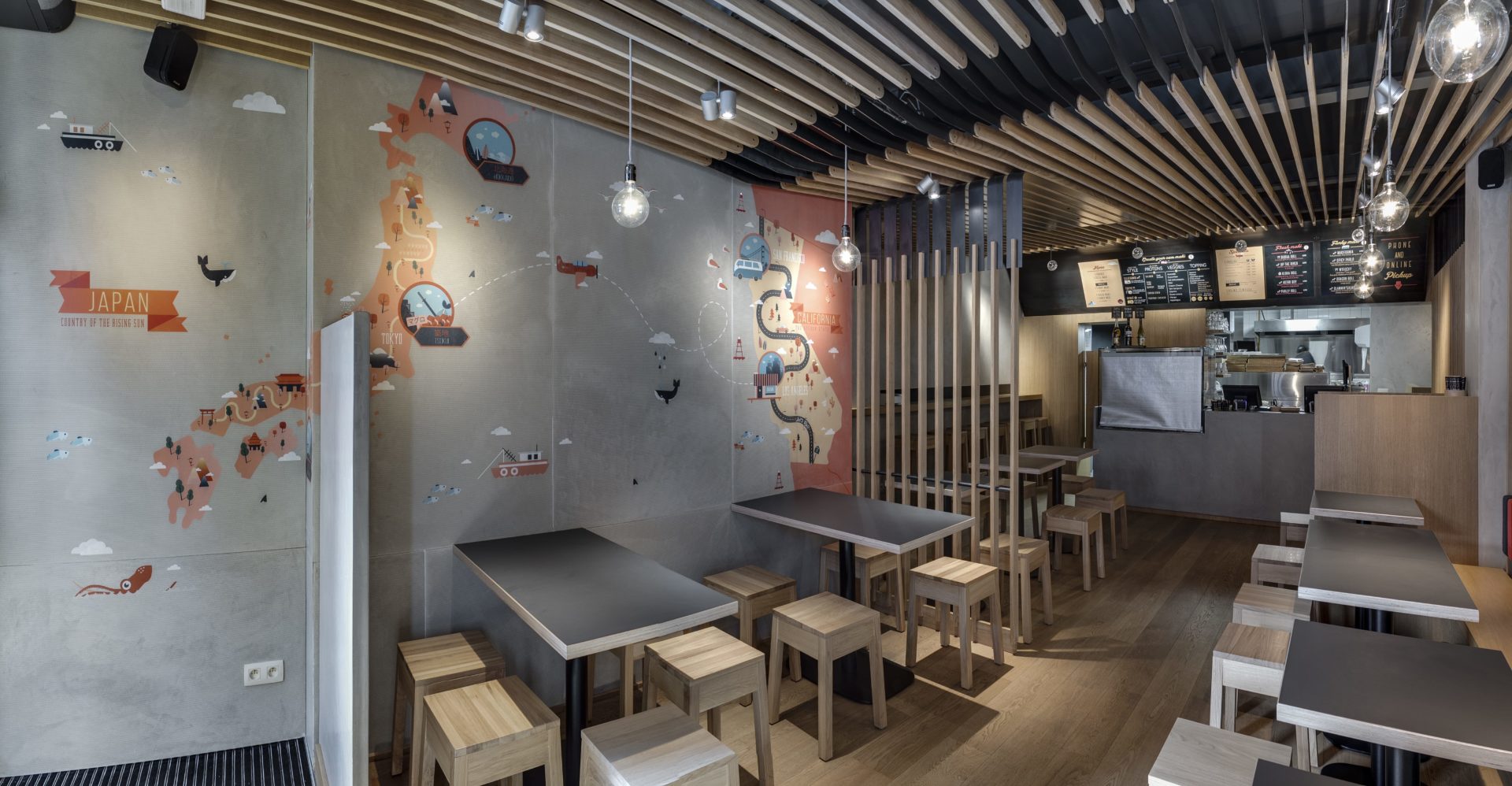 Six years later, the brand had created a toehold in the capital and opened a third restaurant.
The architecture of the restaurant is more imposing and more mature in the choice of materials, the fittings made by our team take up the visual codes and bear witness to this evolution.
A universe dedicated to nature via those materials closest to the ground. It consists of wood cut print elements and placed upon bare earth, which covers the walls, thus creating embossing and depth.

A new adventure to be recounted graphically. 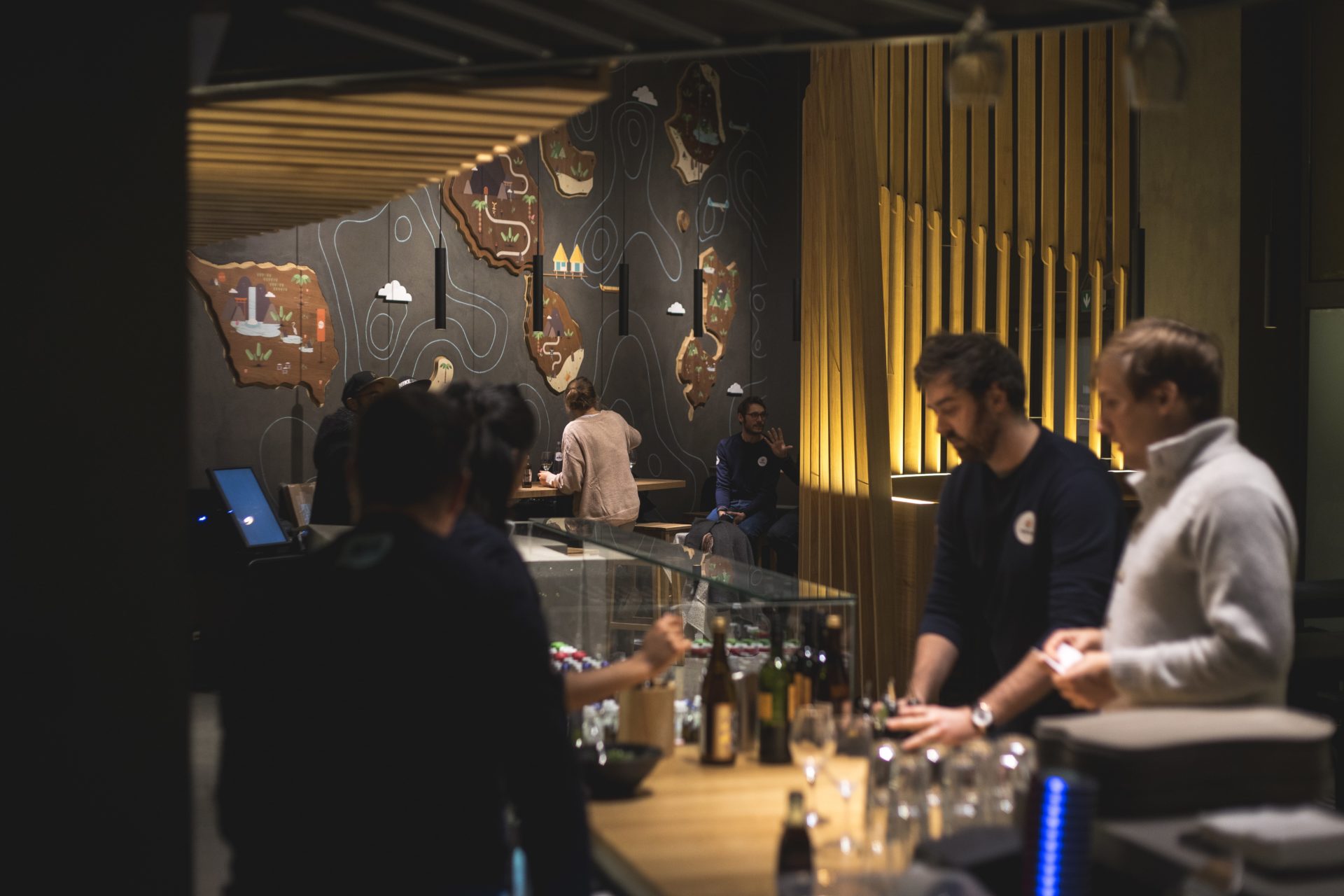 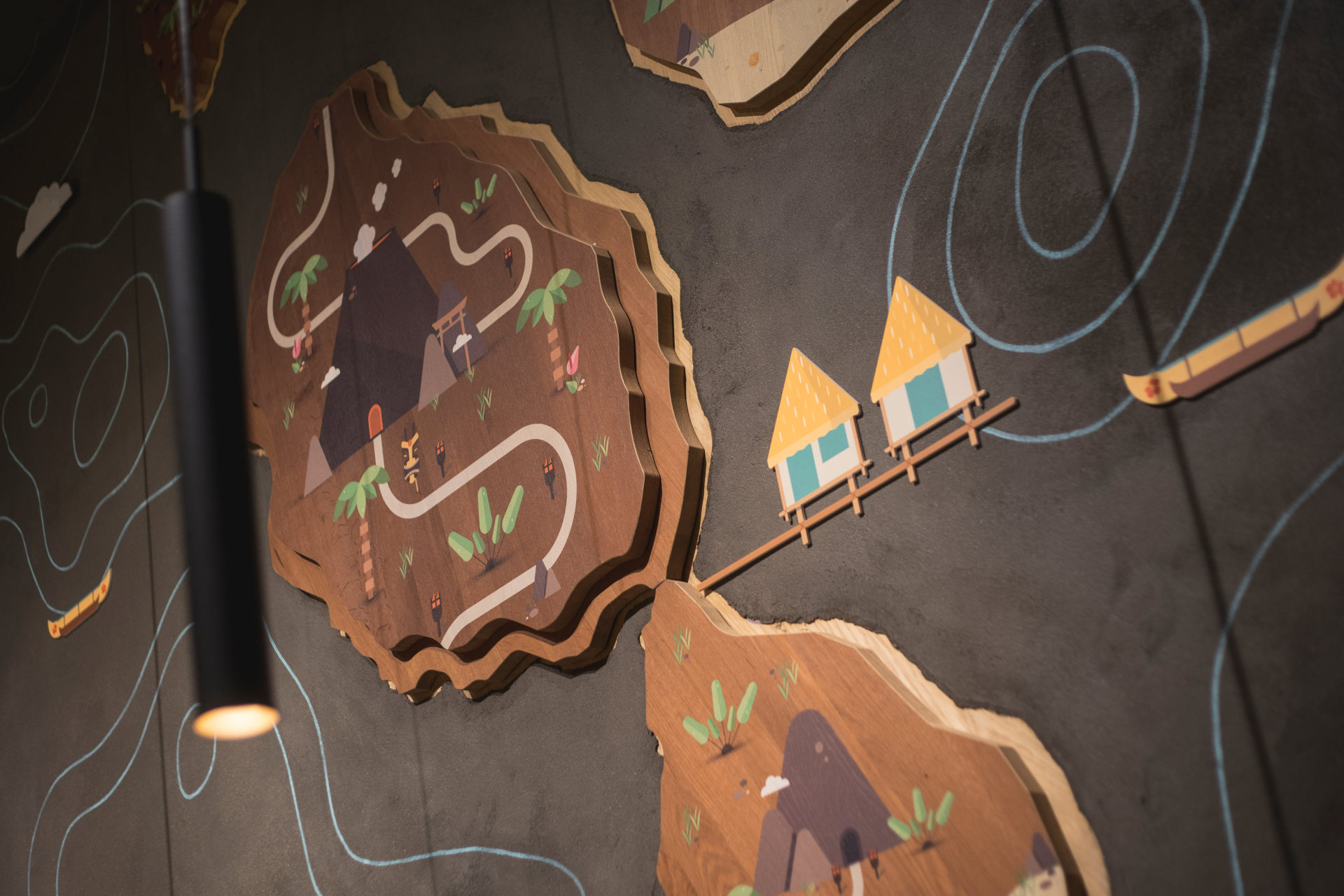 This new graphic fresco represents Makisu radiating outwards, illustrated by the mid-Pacific birth of a new peninsula. The cradle of the Makisu tribe, where east and west come together, Asia and California, the sheer essence of the brand. 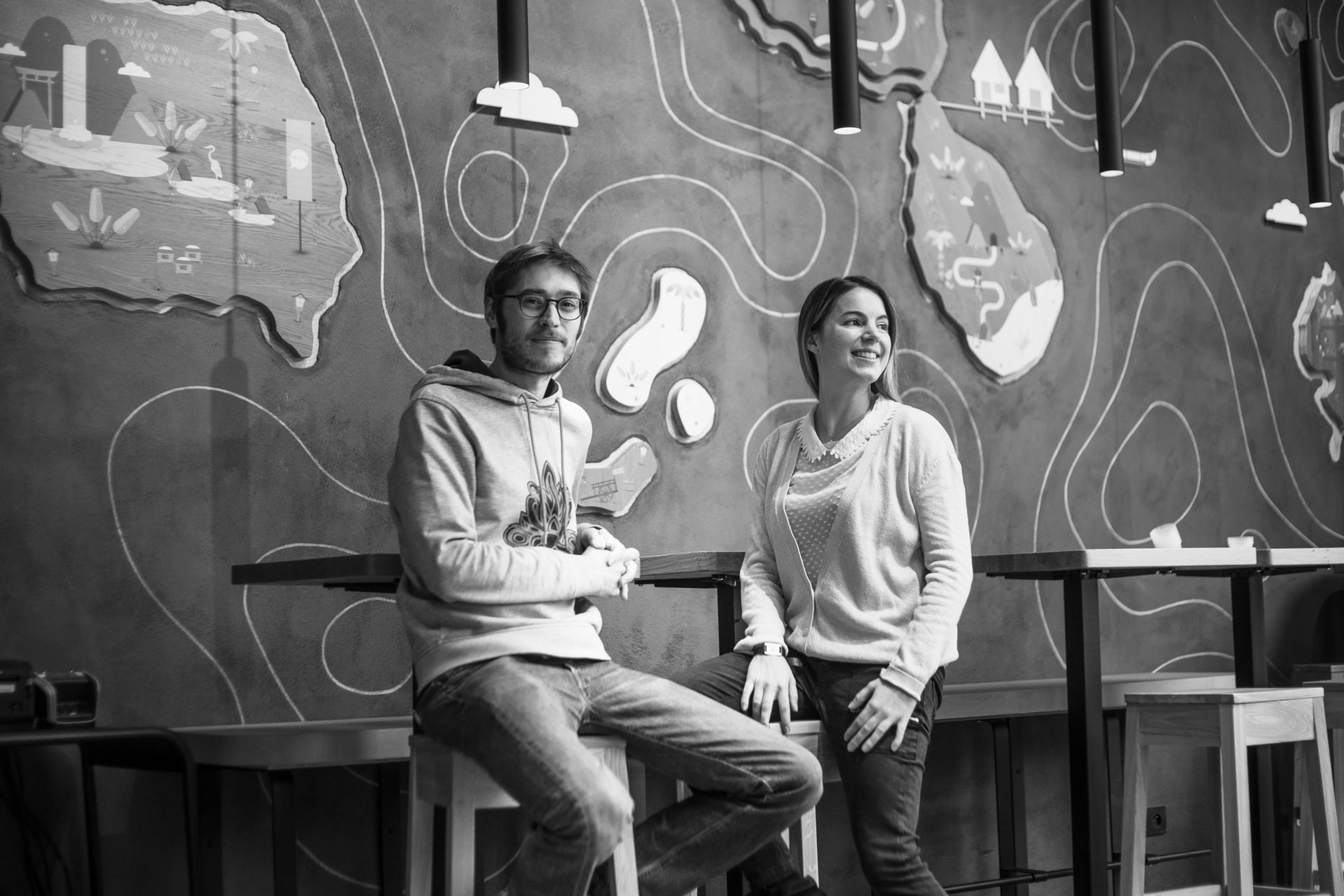 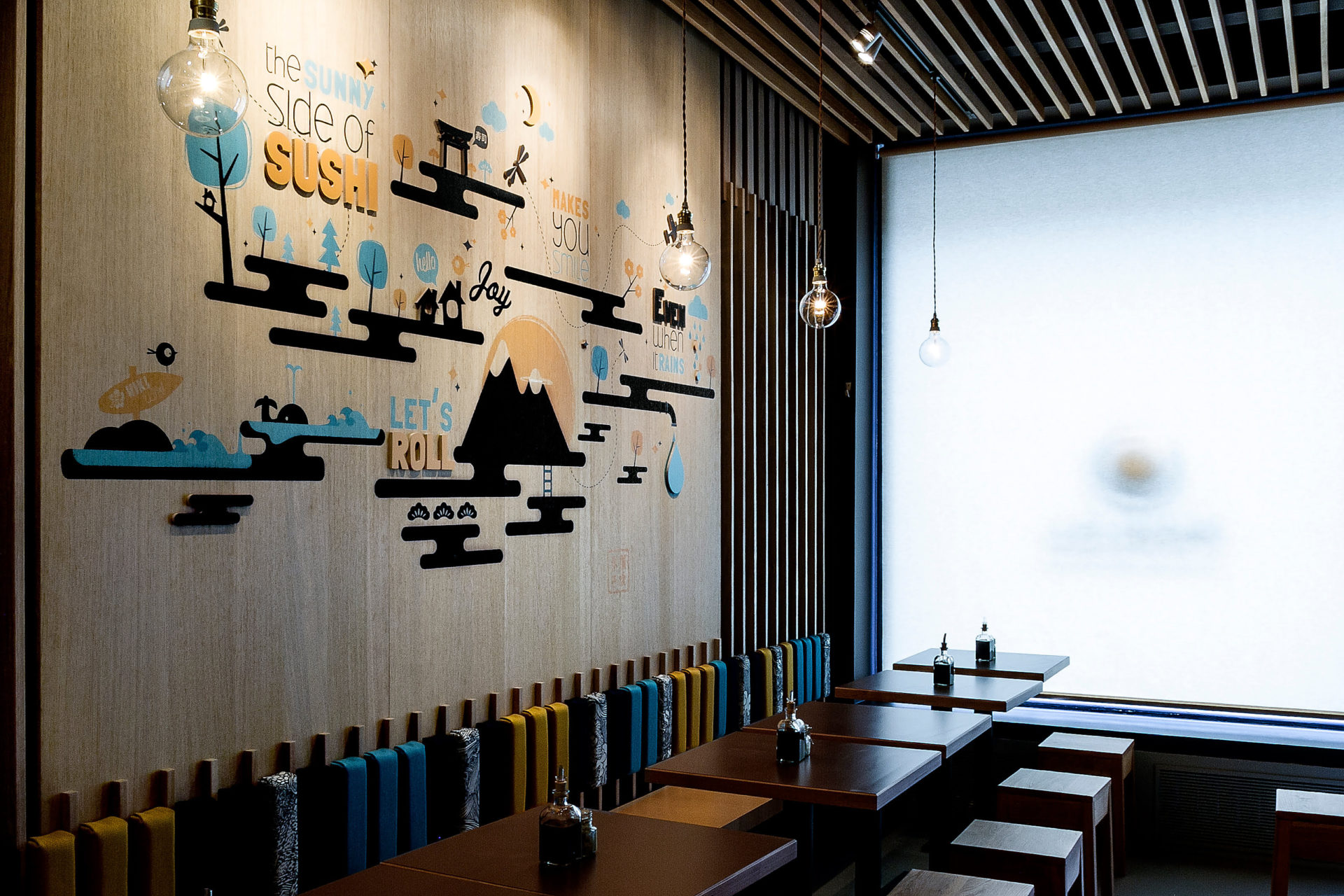 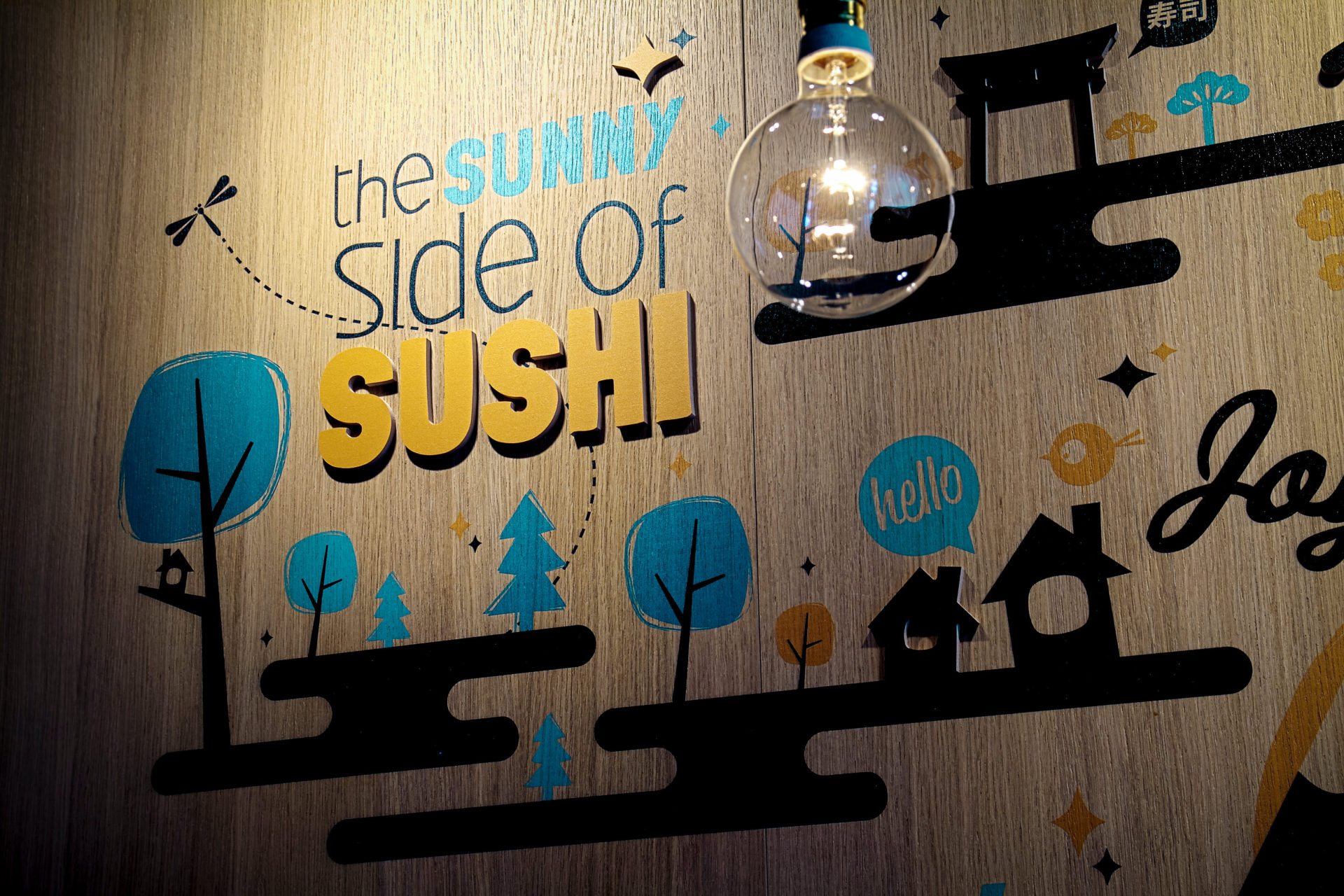 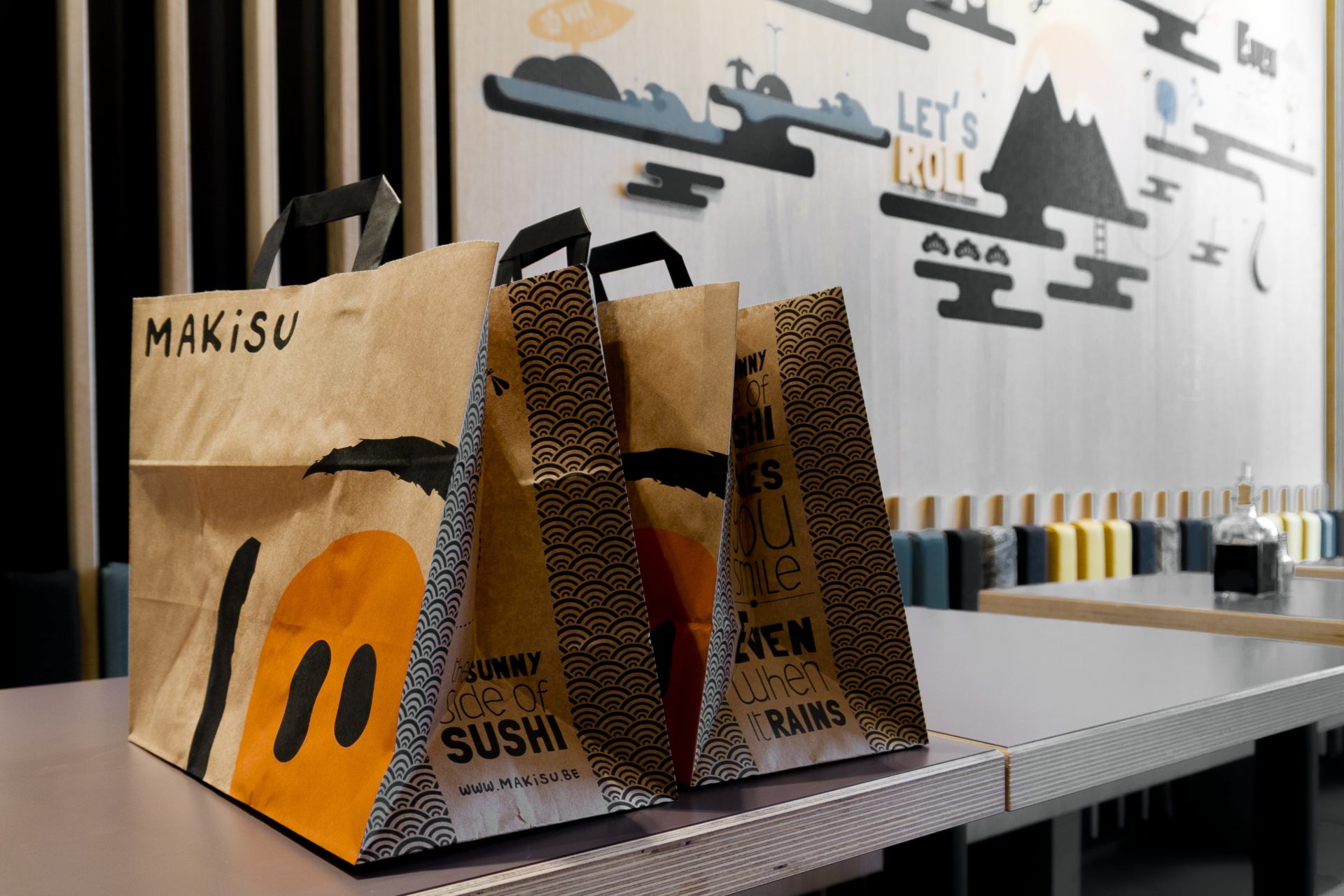 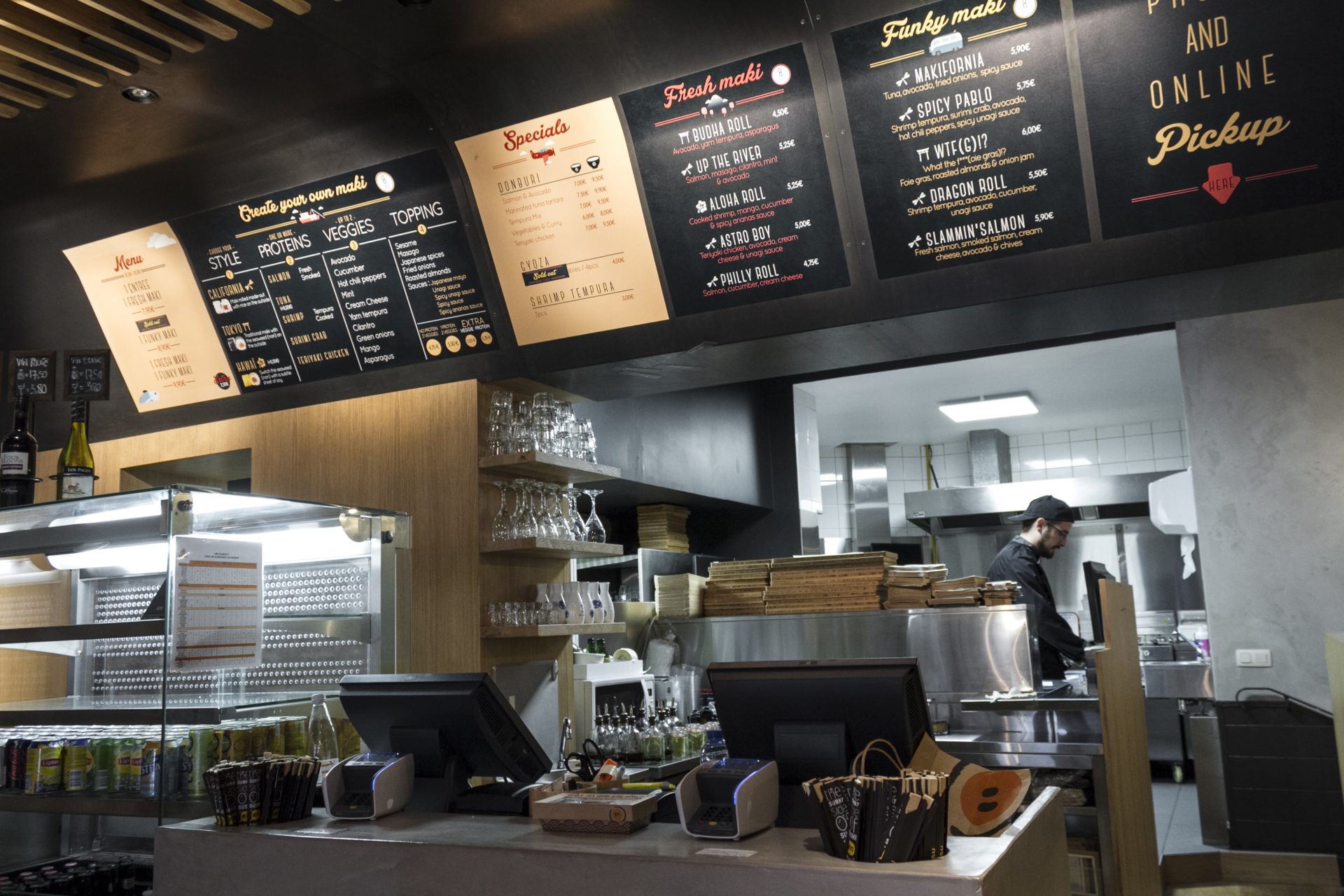 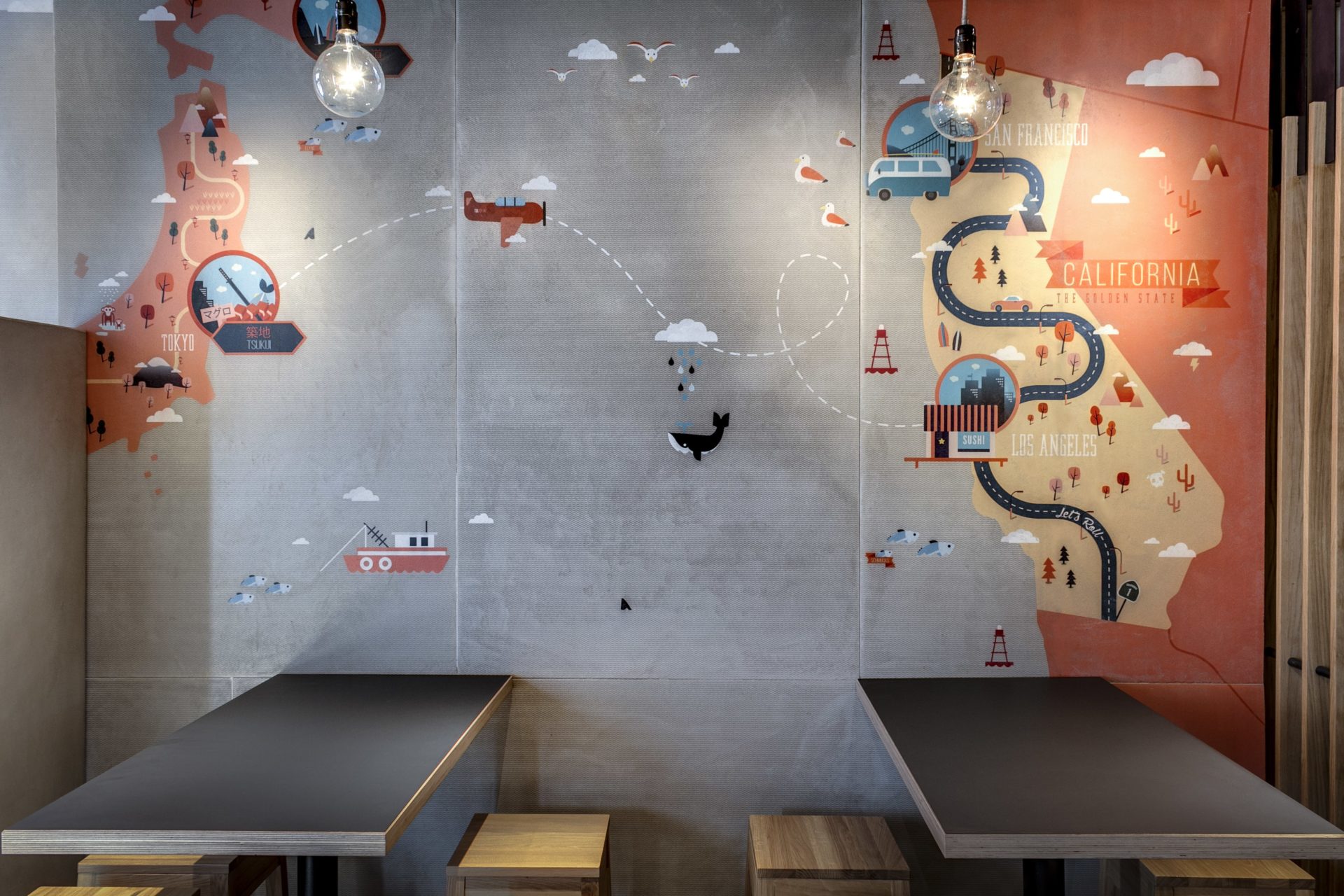 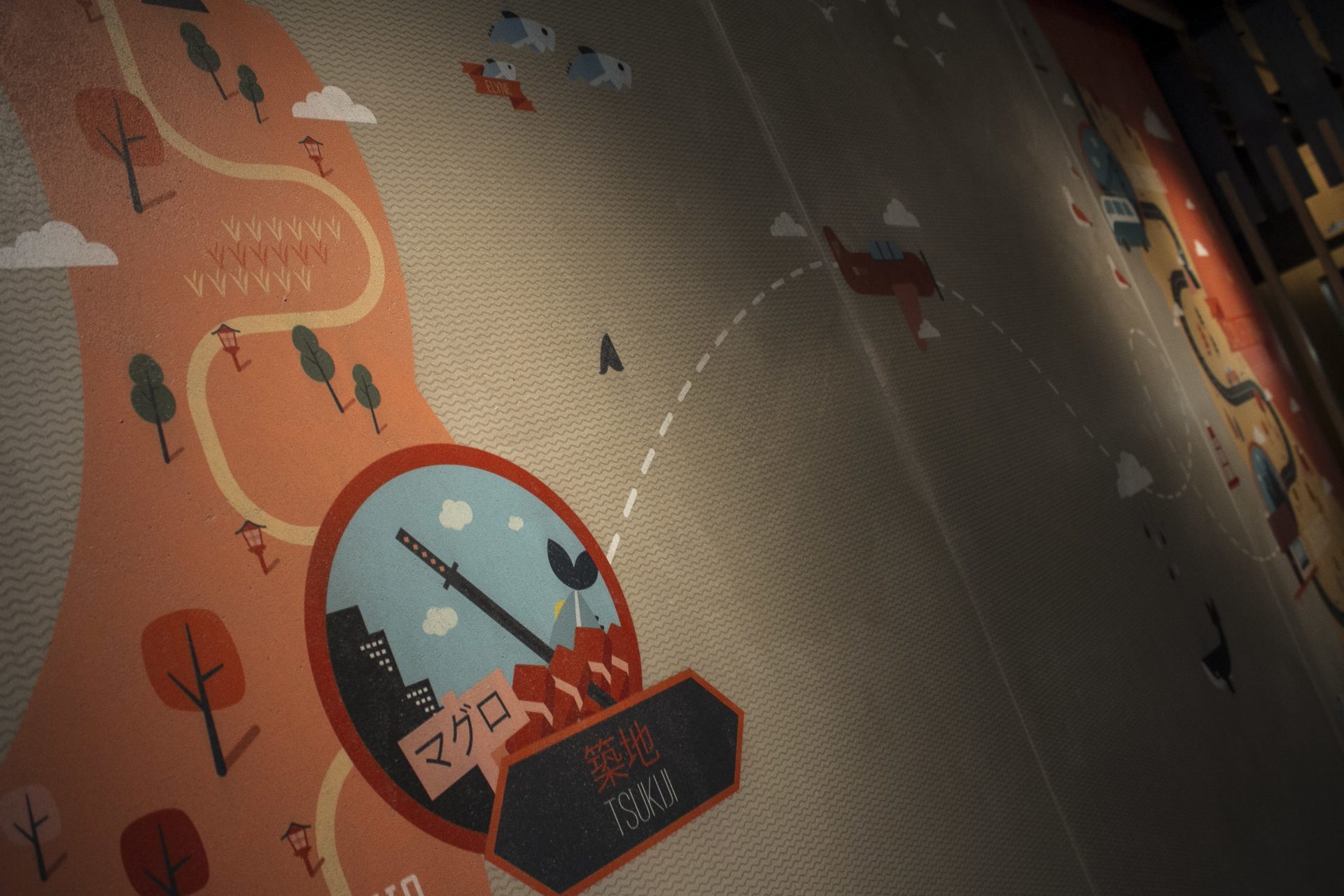 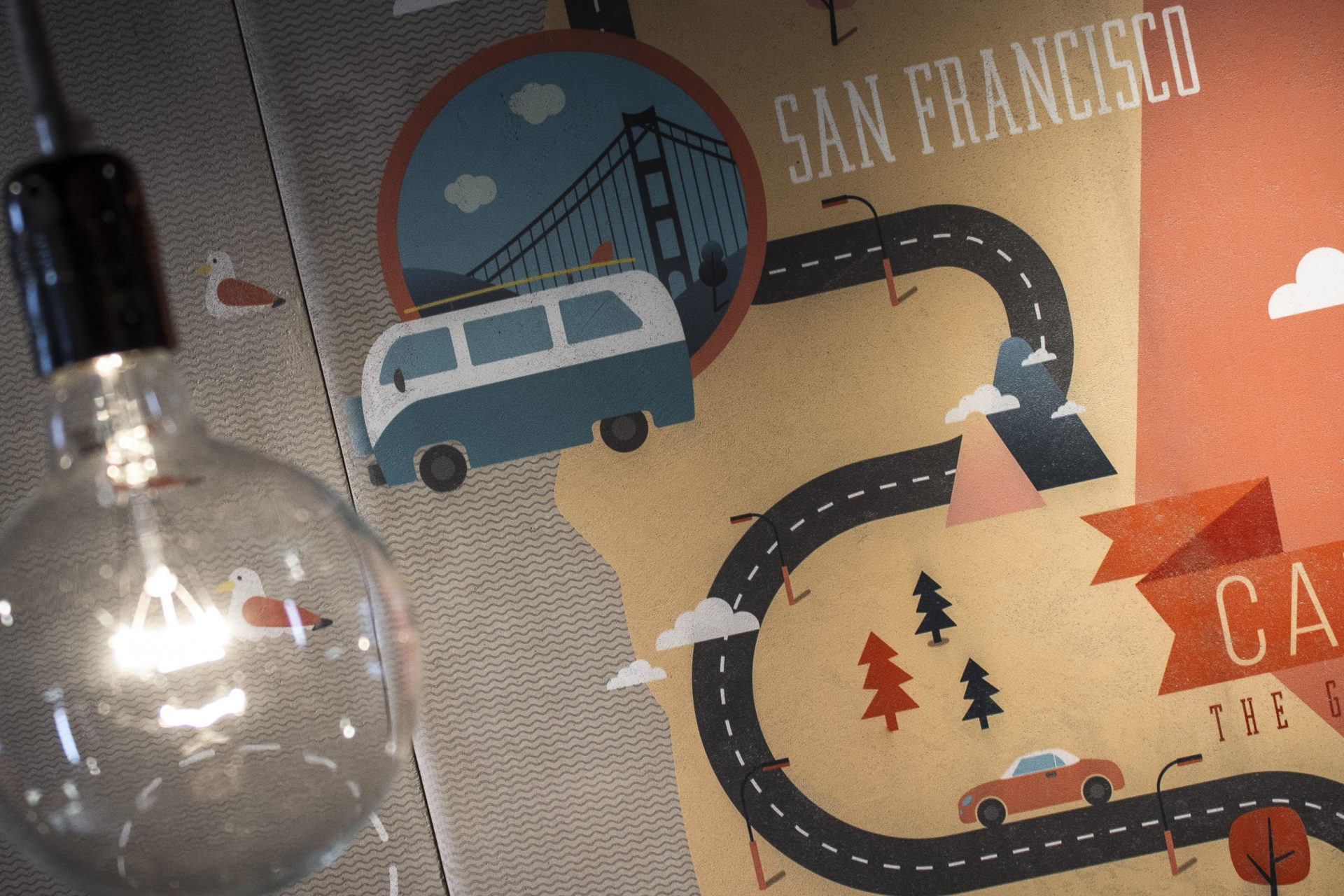 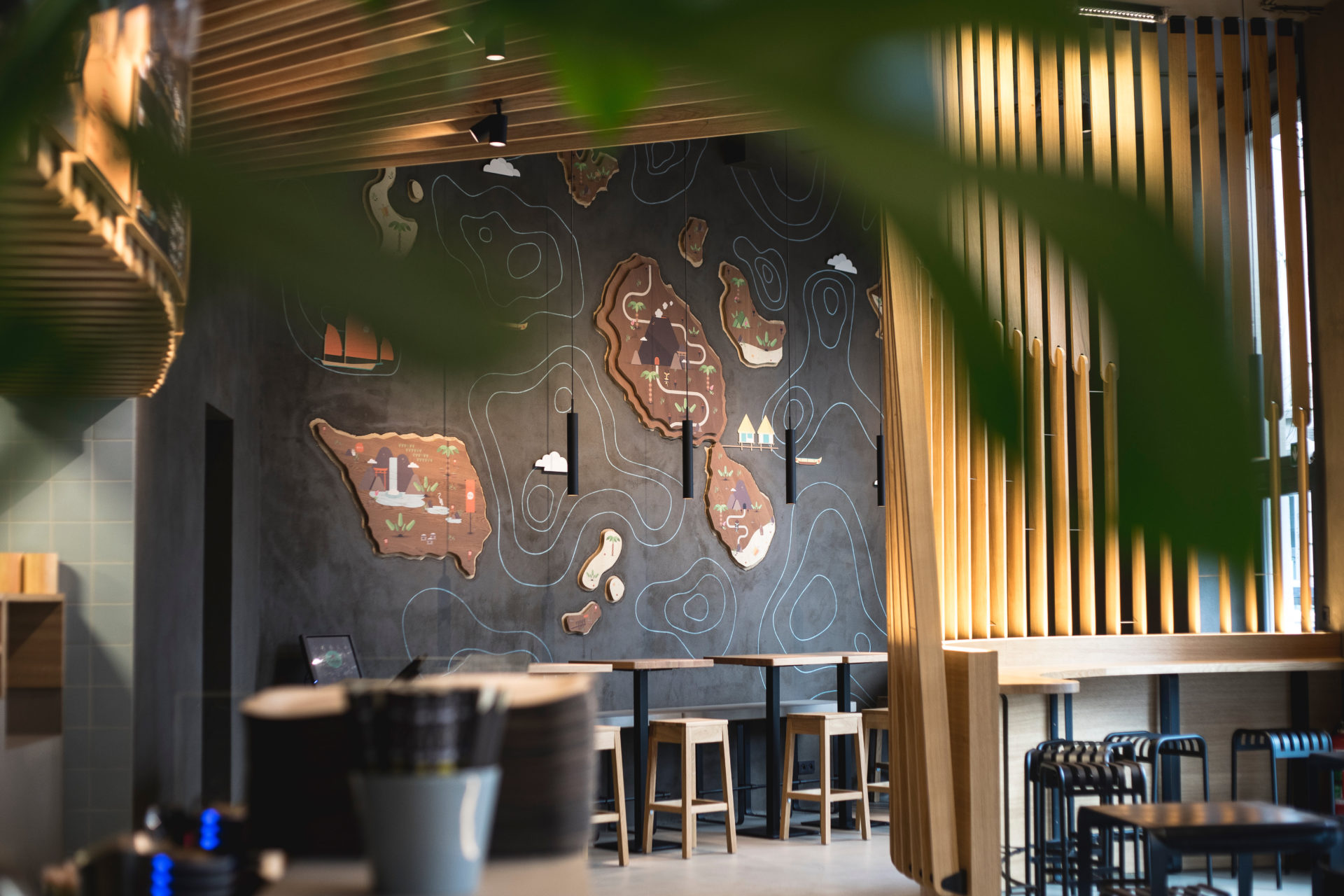 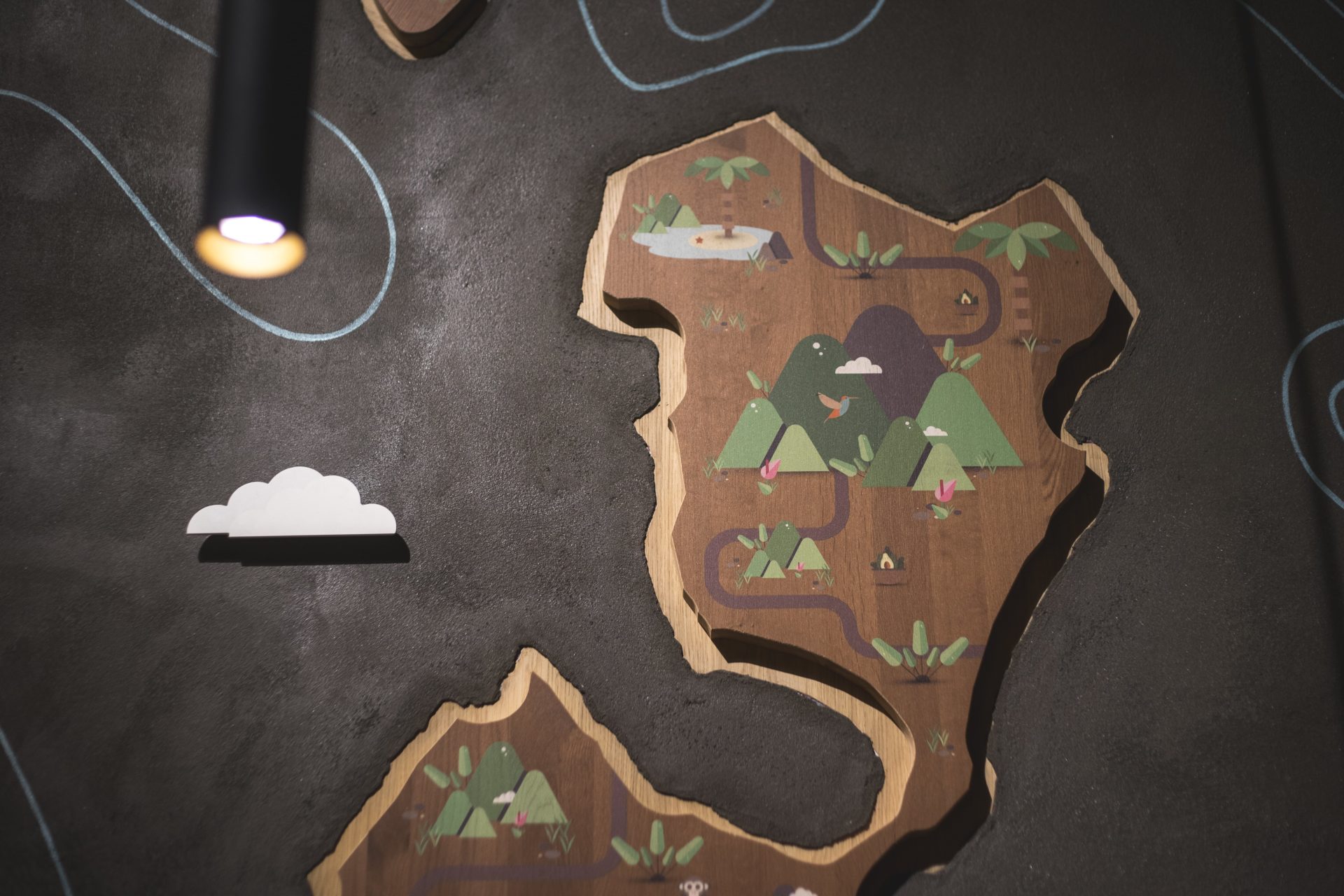 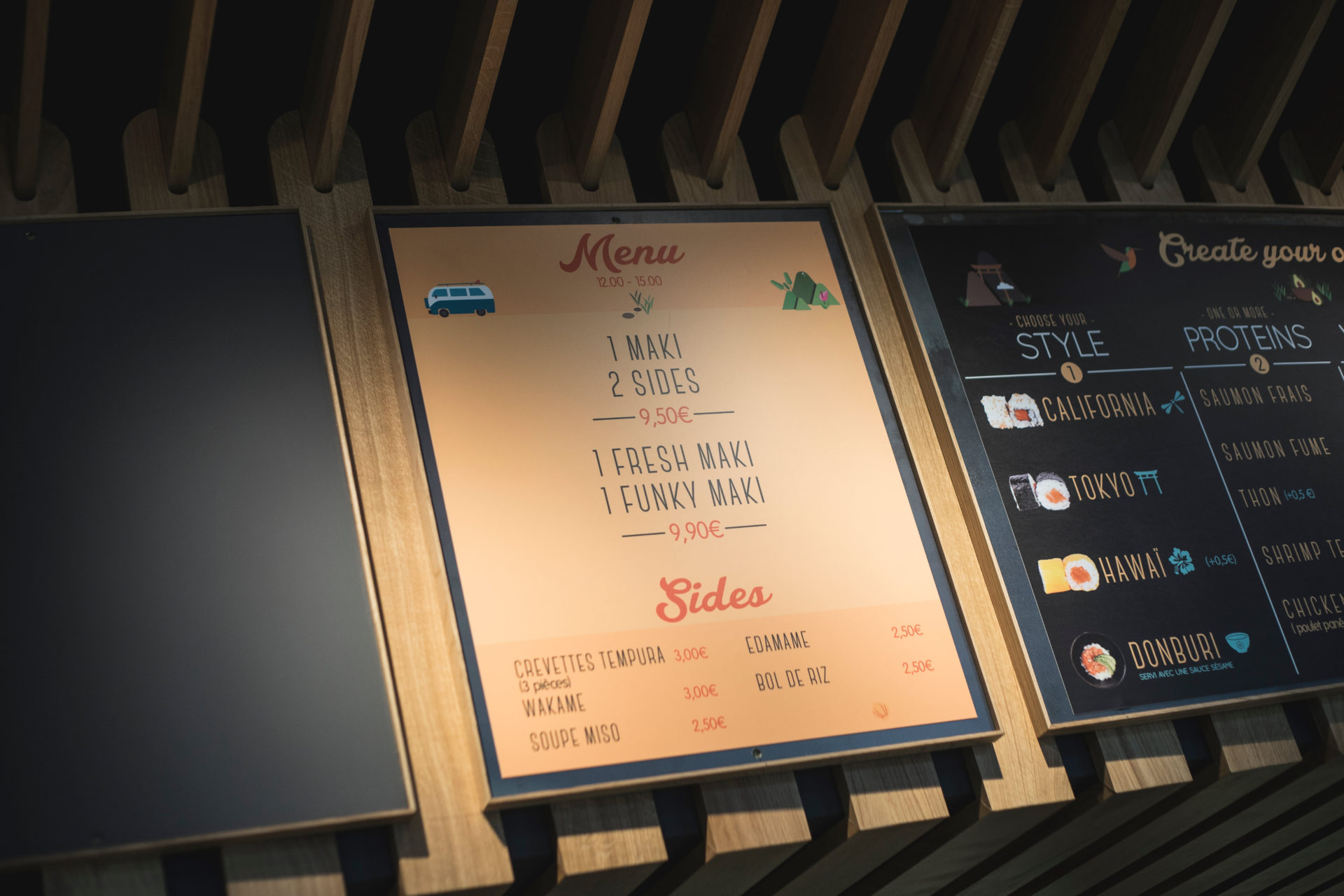 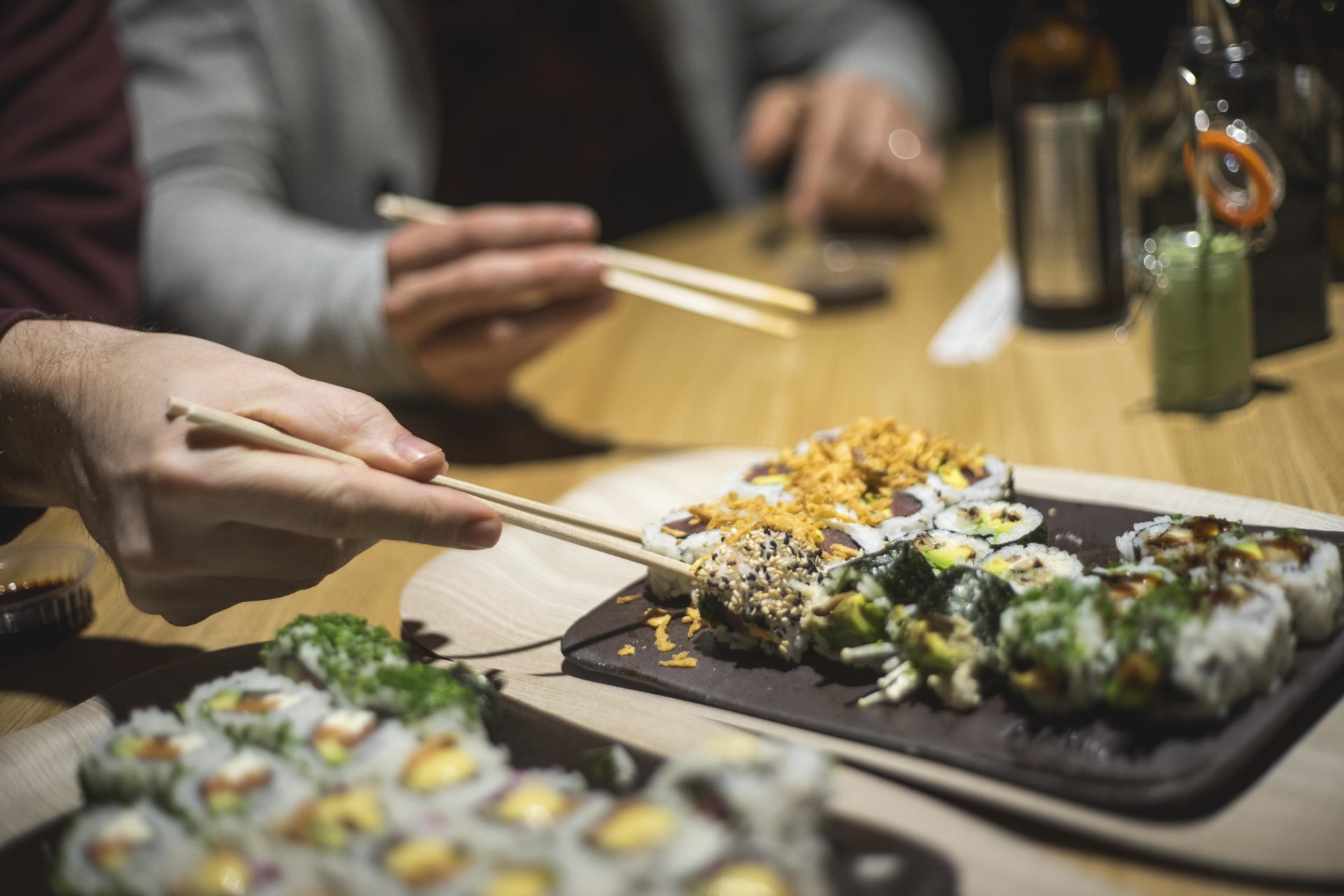