Mealty wanted to develop a branding that ties the “green” with the new technologies. To acheive that, the company called Twodesigners and asked us to create a graphic charter and some visuals. Their own strong graphic identity was then born.

The graphic charter, that was created by the graphismteam at Twodesigners, is made of five distincts elements.

The first one is that a seasonal fruit or a vegetable reminds the freshness of the products. A color code is linked to each fruit or vegetable.

The second element is the choice of the typography. The name of the high-tech fridges “Mealty” is written in a typography that is round and balanced, just like their products. 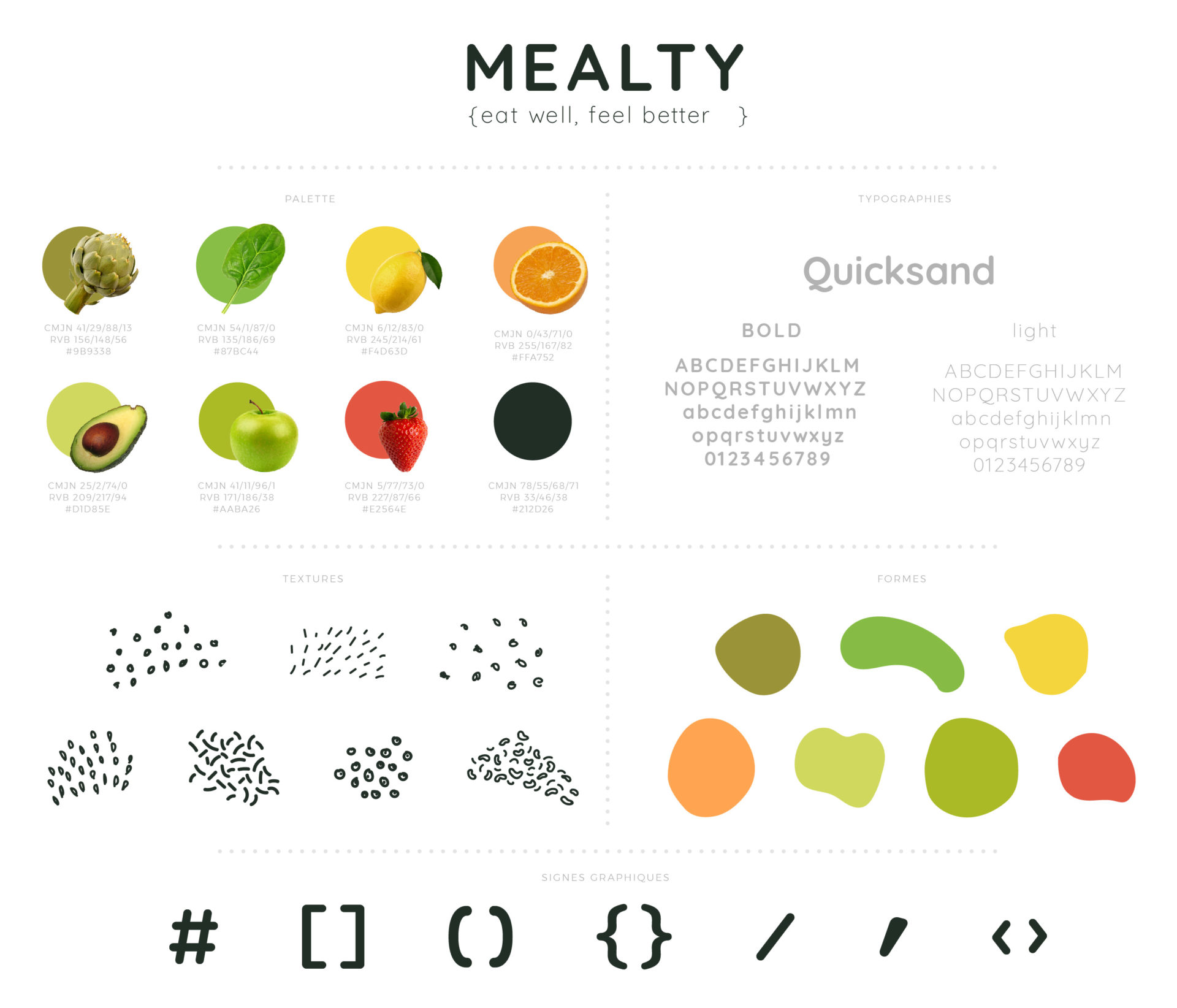 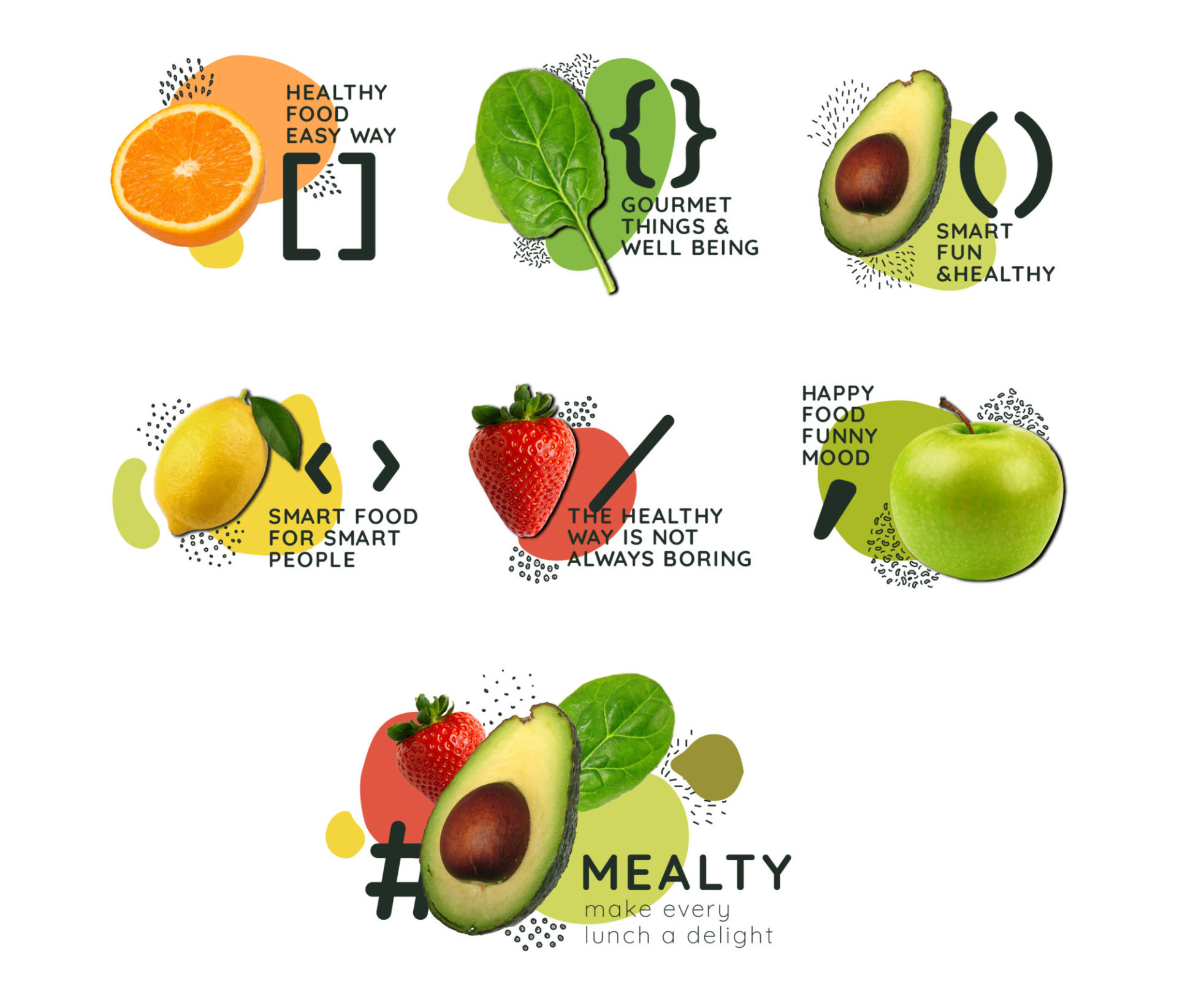 Each element has its own meaning.

Then, manually drawn black seeds bring some spontaneity to the graphism and show that the fridged also display snacks and breakfasts.

Then, as previously said, monchrome shapes are defined by the color code of the food.

Finally, some typographic signs from the coding language(s), such as brackets or quotation marks, echo the world of the new technologies and the high-tech fridges that you can find at Mealty. 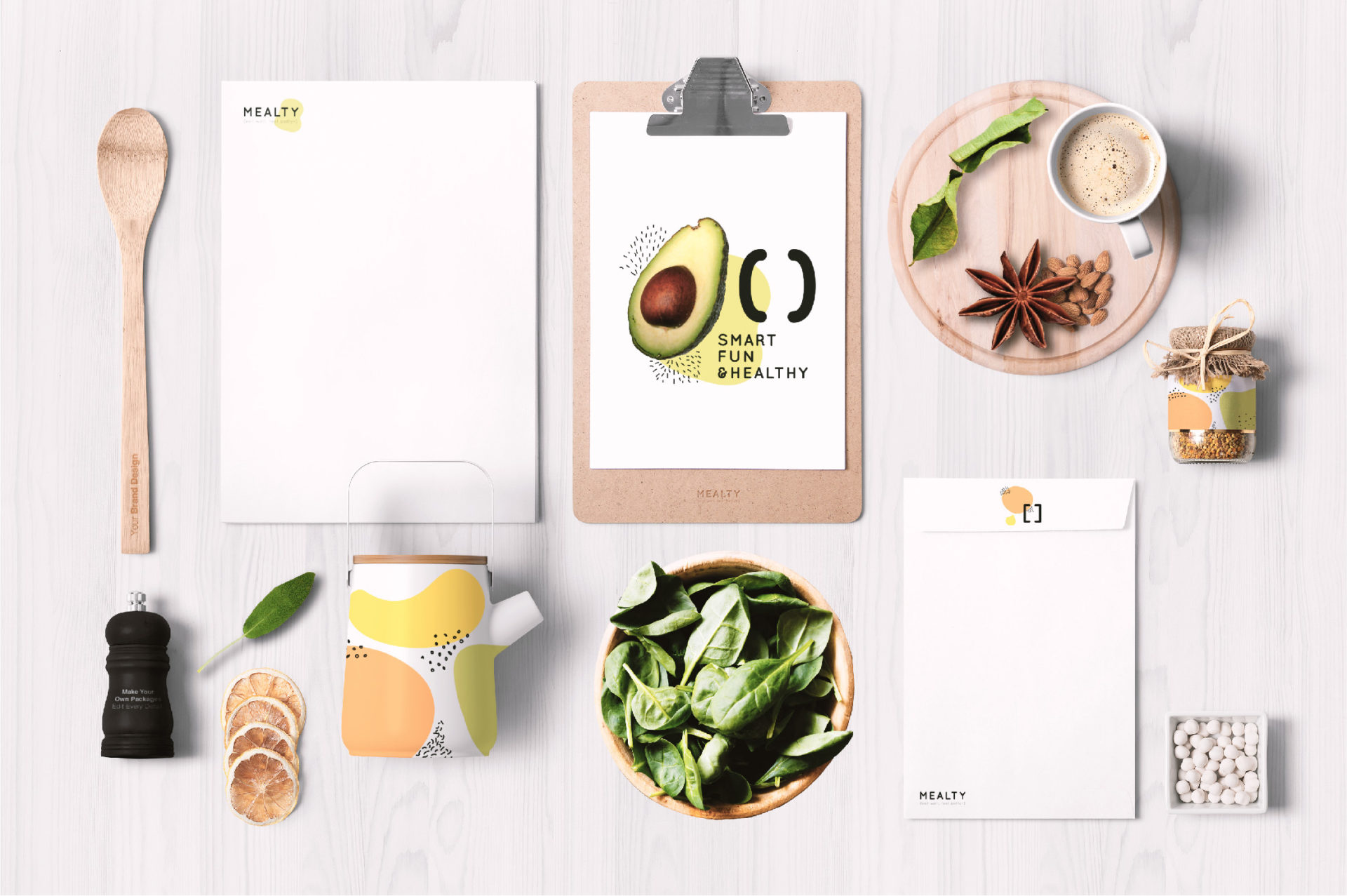 Some mockups have been produced, following the graphic charter previously developped by our team and then later approved by Mealty. From these mockups, a strong visual identity is displayed, tying the concept of healthy, local and balanced food as well as the concept of new technologies.

The essence of the company in the mockups. 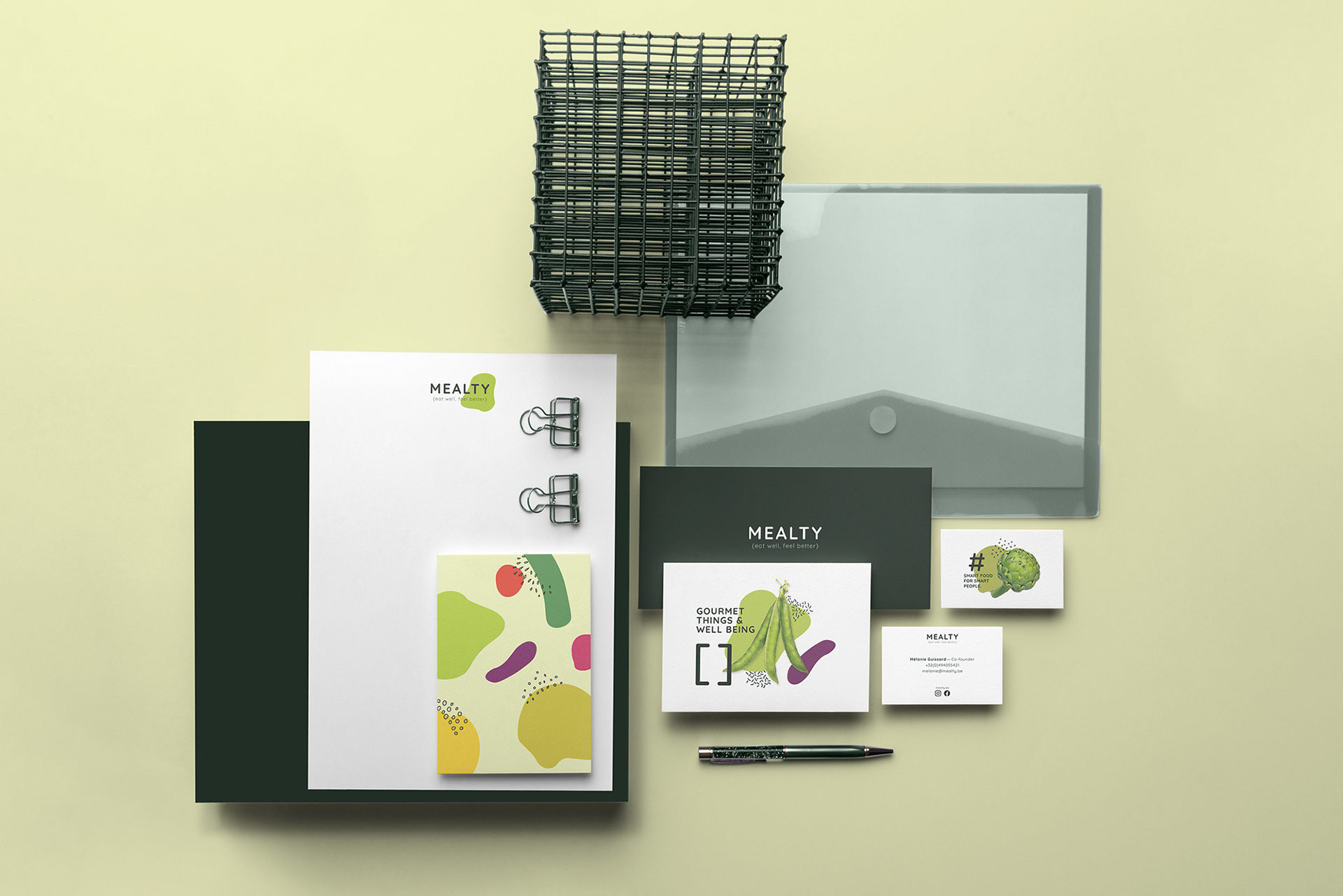 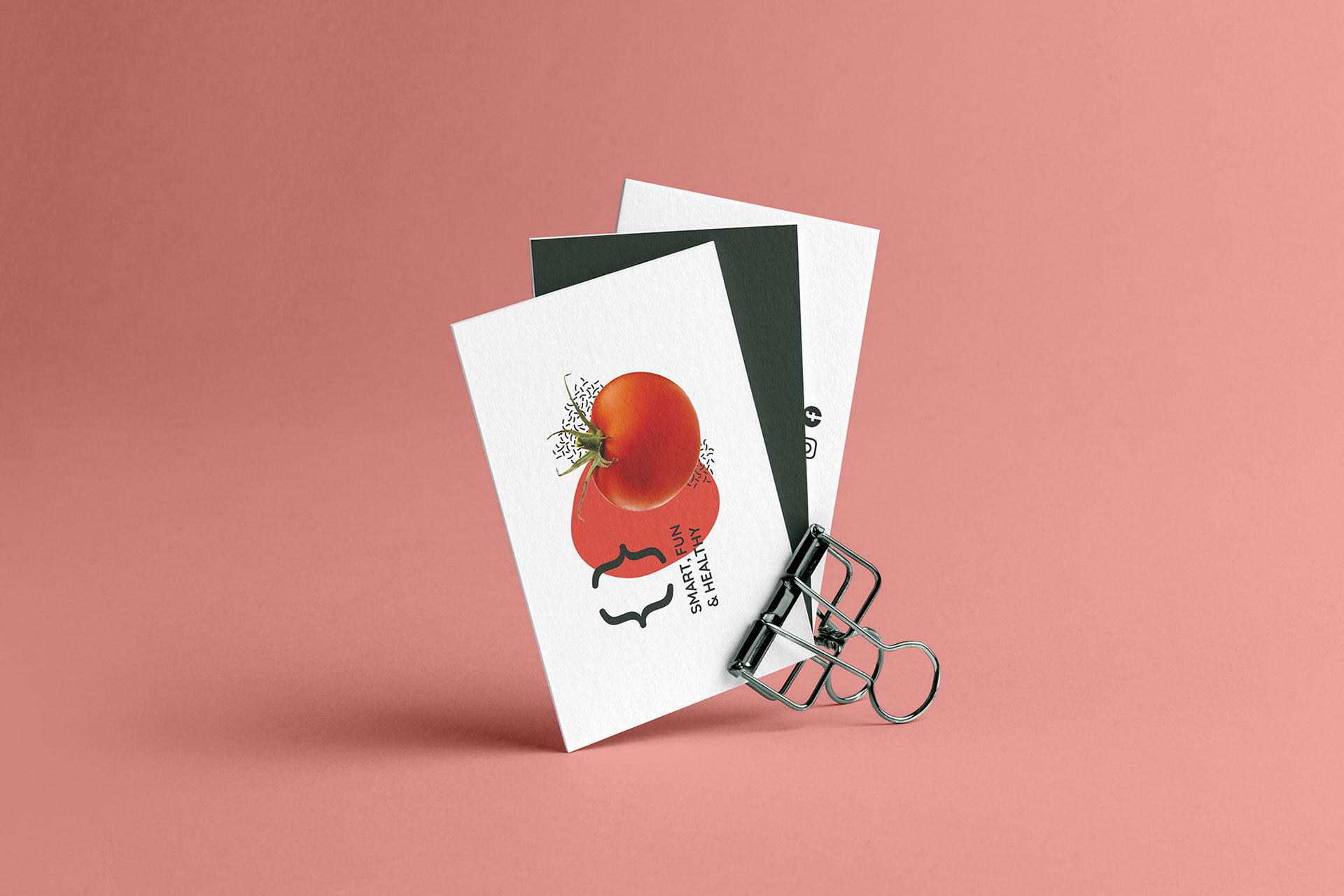 On one side, the tomato represents the healthy, balanced and fresh food, and the brackets, on the other side, represent the new technologies used to display the products in the best way possible. 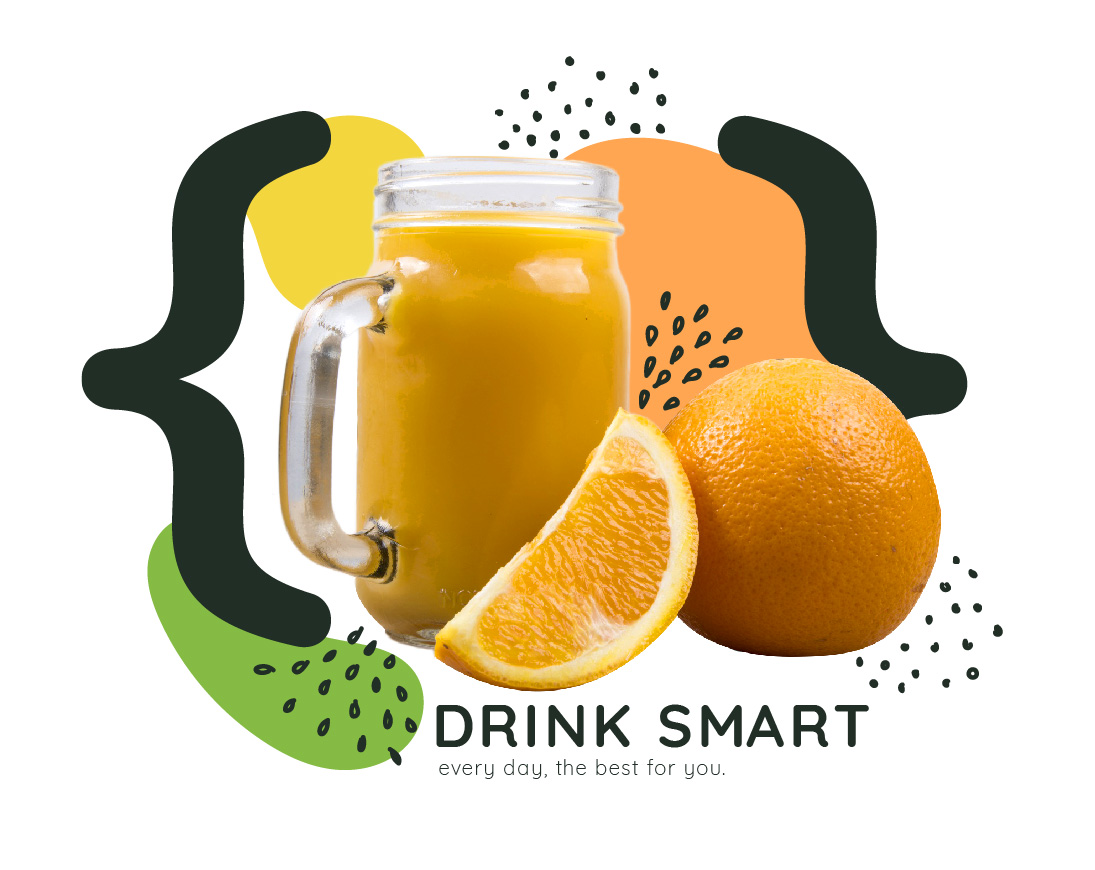 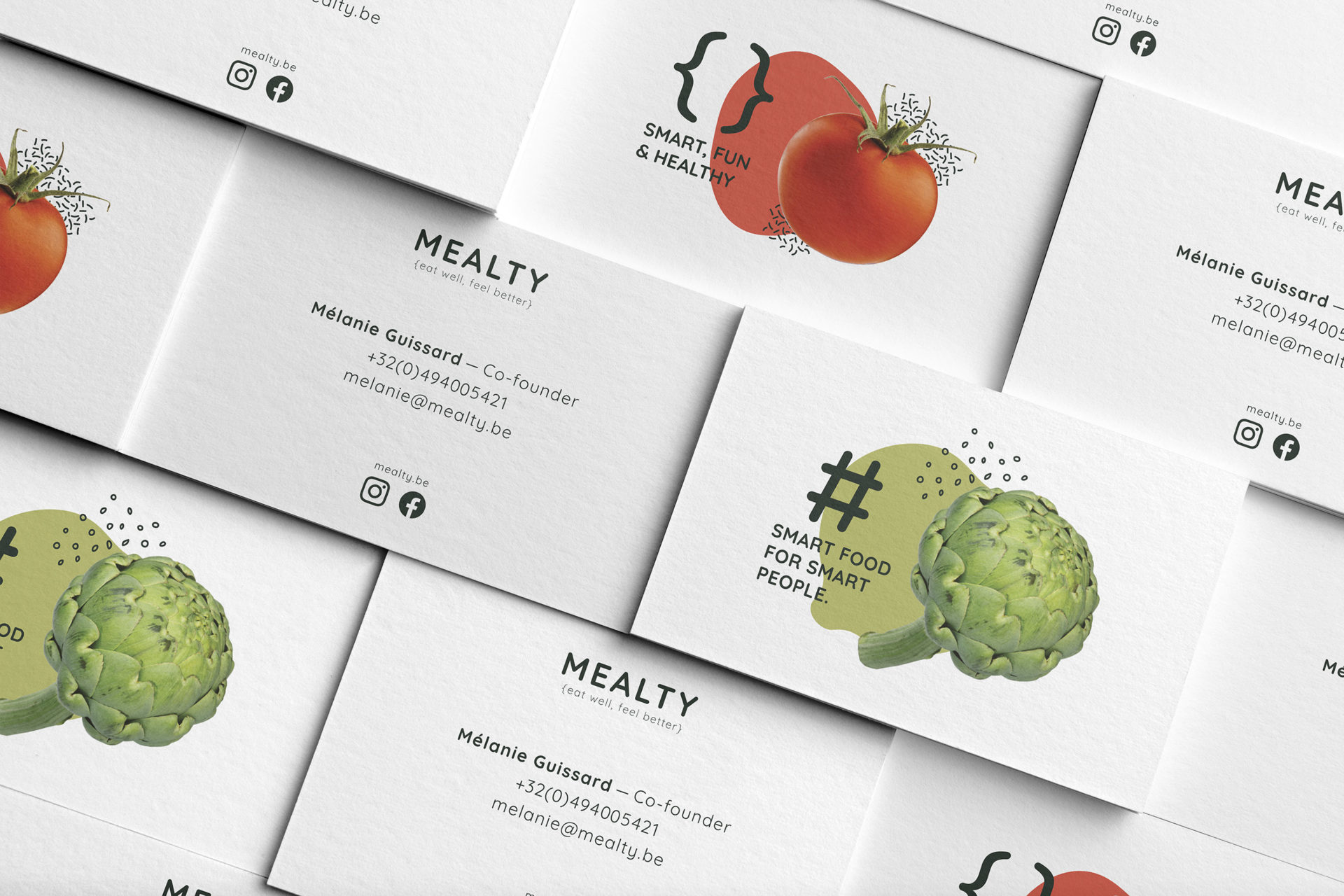 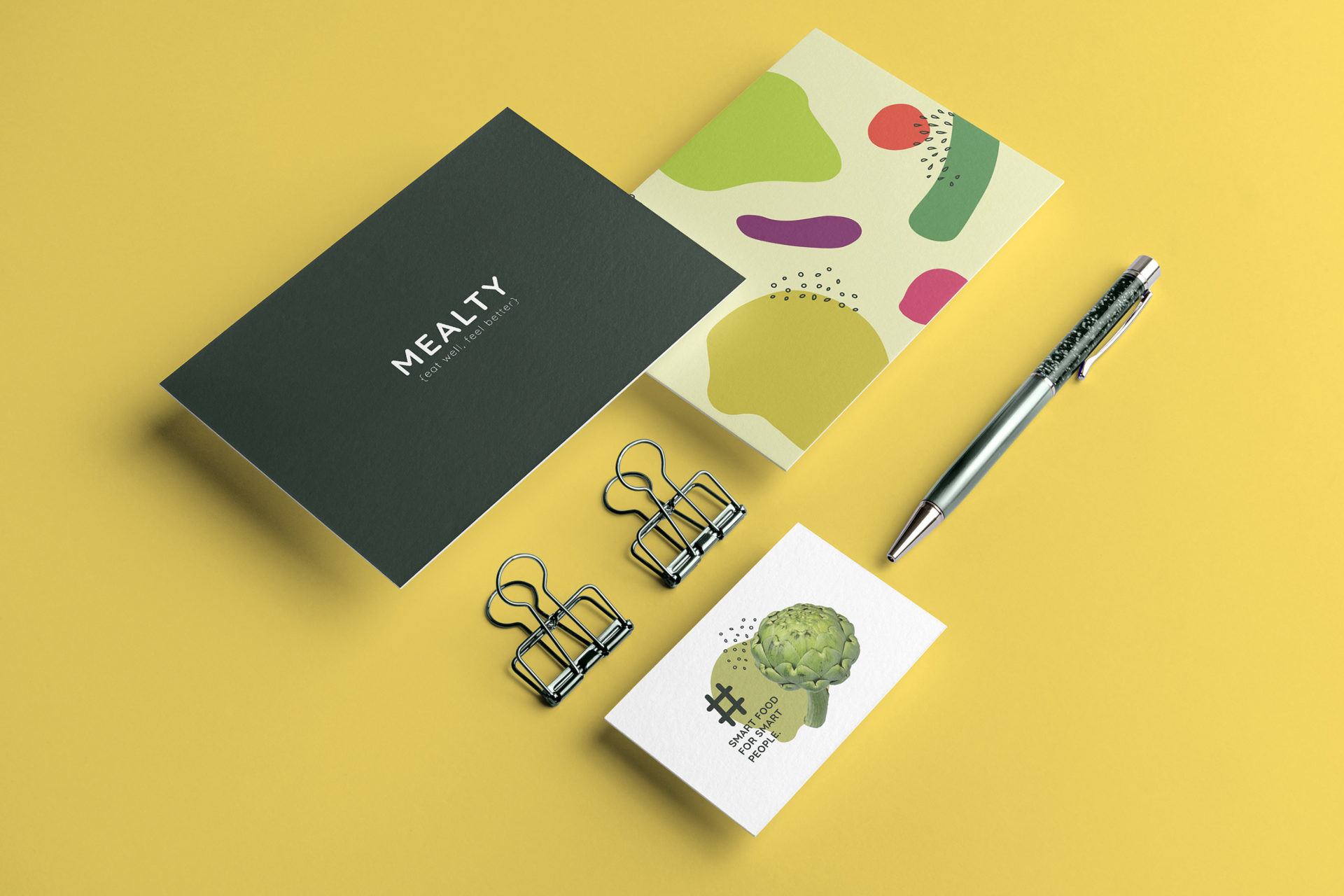