TV Lux is a Belgian regional television channel, situated in Libramont, in the province of Luxembourg. In January, it held a competition for the refurbishment of its set. As a result of our previous experience with the set at RTC Liège, we decided to tender for this project and it is with great pleasure we can state that we were the winner. 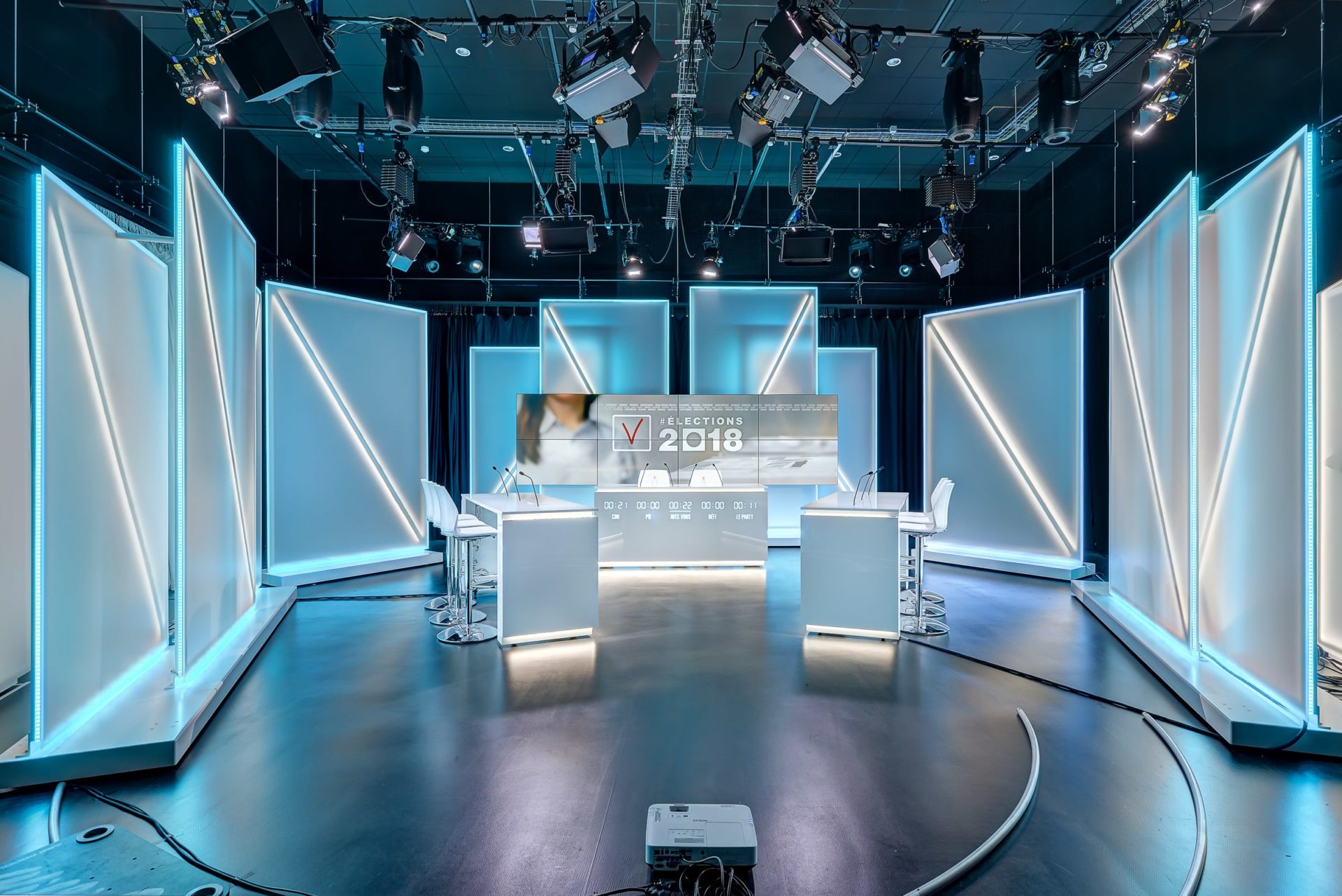 The channel had two main requirements: the first was to give the space a facelift, so that it mirrors their modern and dynamic image. The second was take an entirely modular approach, to facilitate its day-to-day use. Yet also to make it adaptable to any situation. 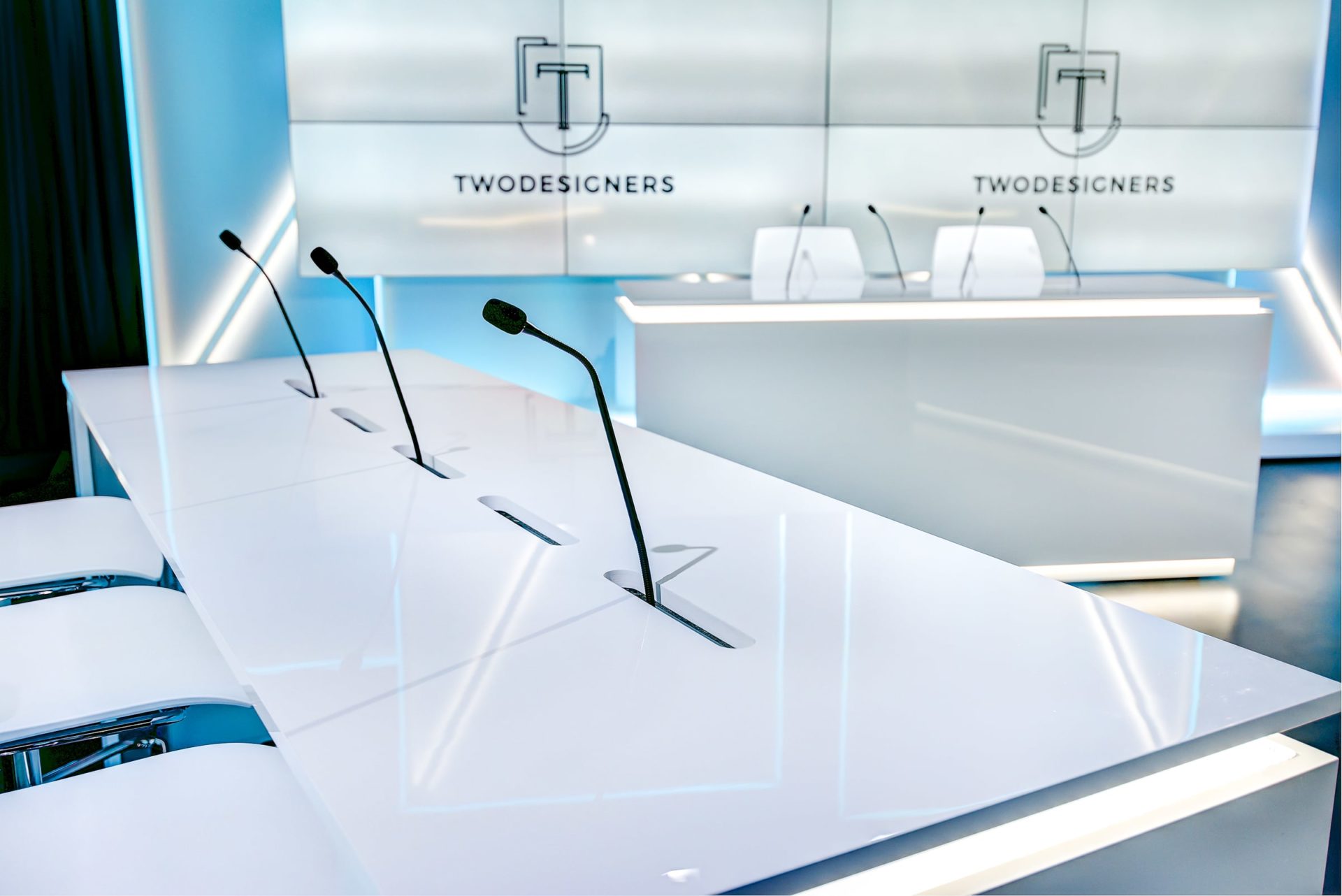 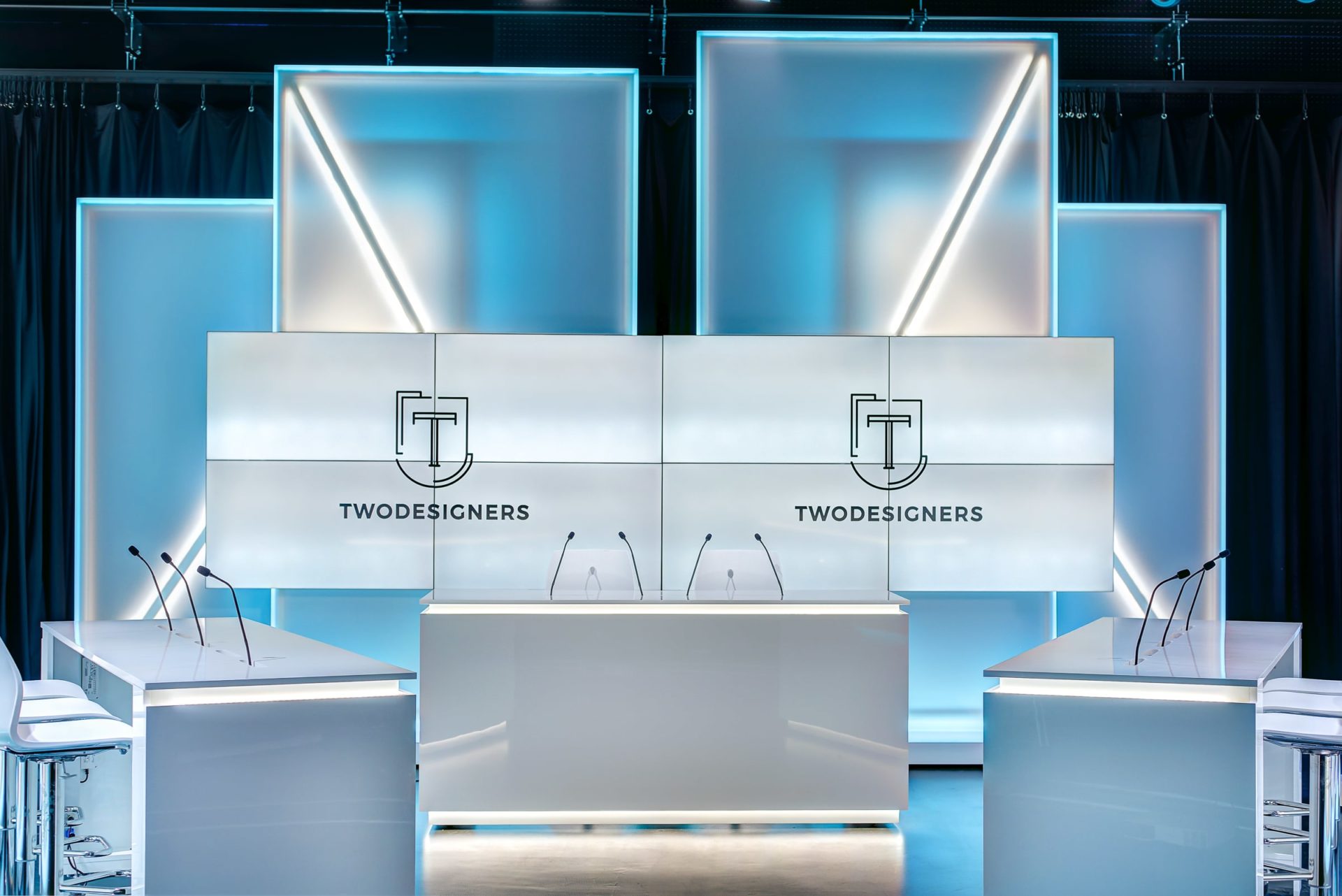 Its objective? An entirely modular set.

In response to their expectations, we have custom-made all the elements, so that each module may be both functional and aesthetically pleasing. Everything has been conceived, so that the technical requirements of television are not affected by the design. 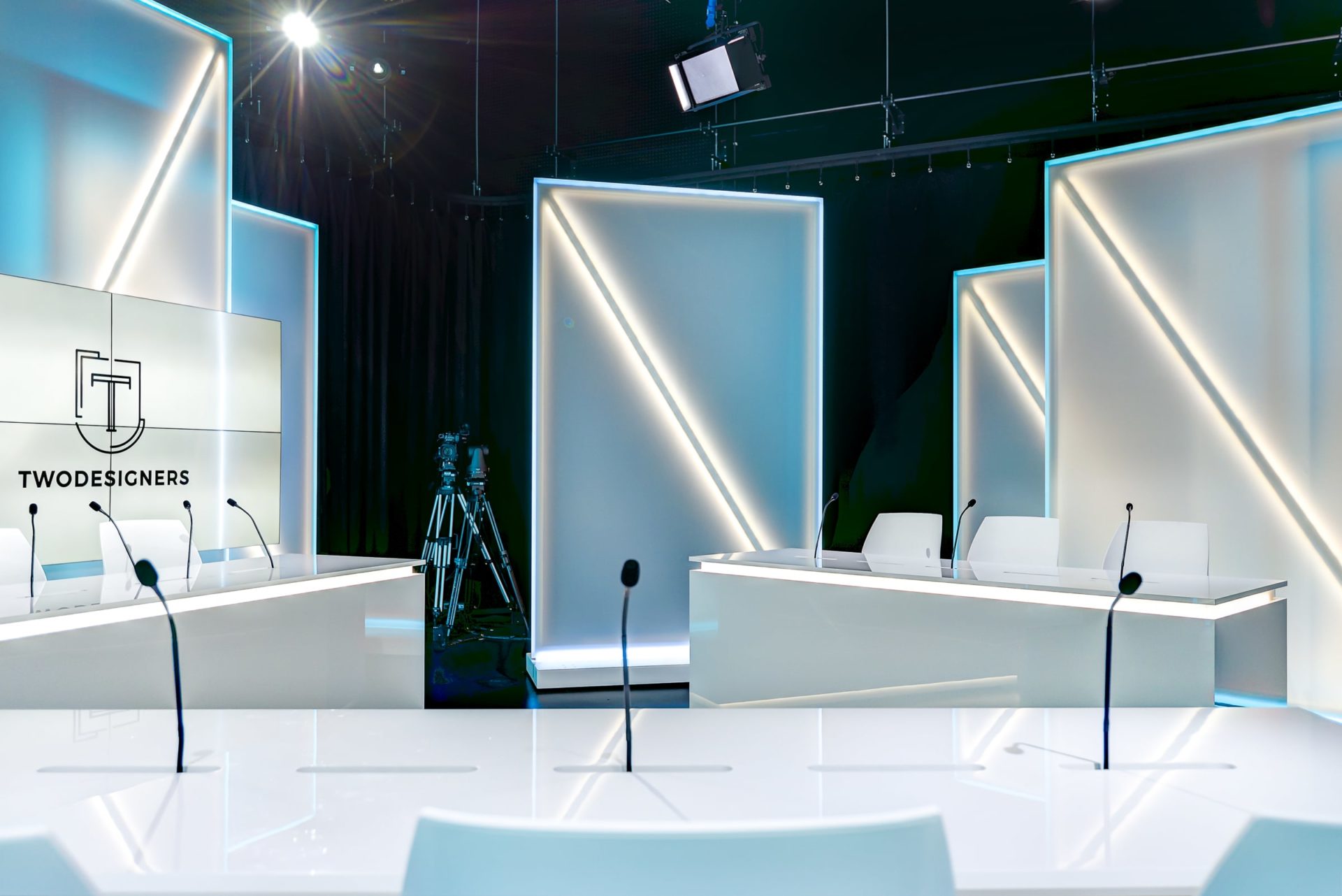 The decor, executed entirely in plexiglass and modular LED strips, dresses the background elegantly, without visually overshadowing the central island. The desks, in brilliant white, interplay with the lighting and the back-lighting. The stands, connected with the rest of the set, allow broadcasts to be watched in comfort, whilst defining the exterior space.

Advocating an aestheticism which concentrates on the essentials. 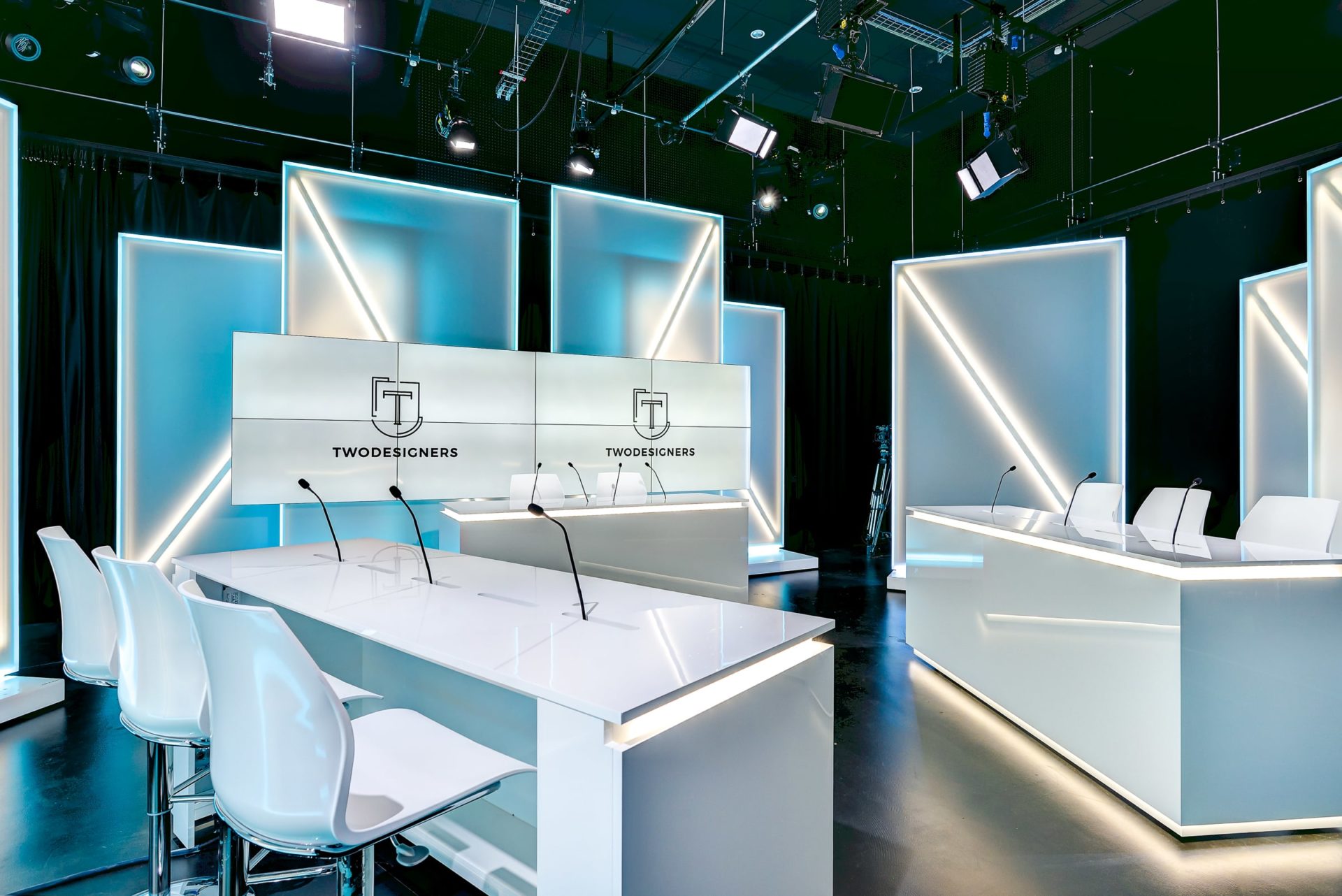 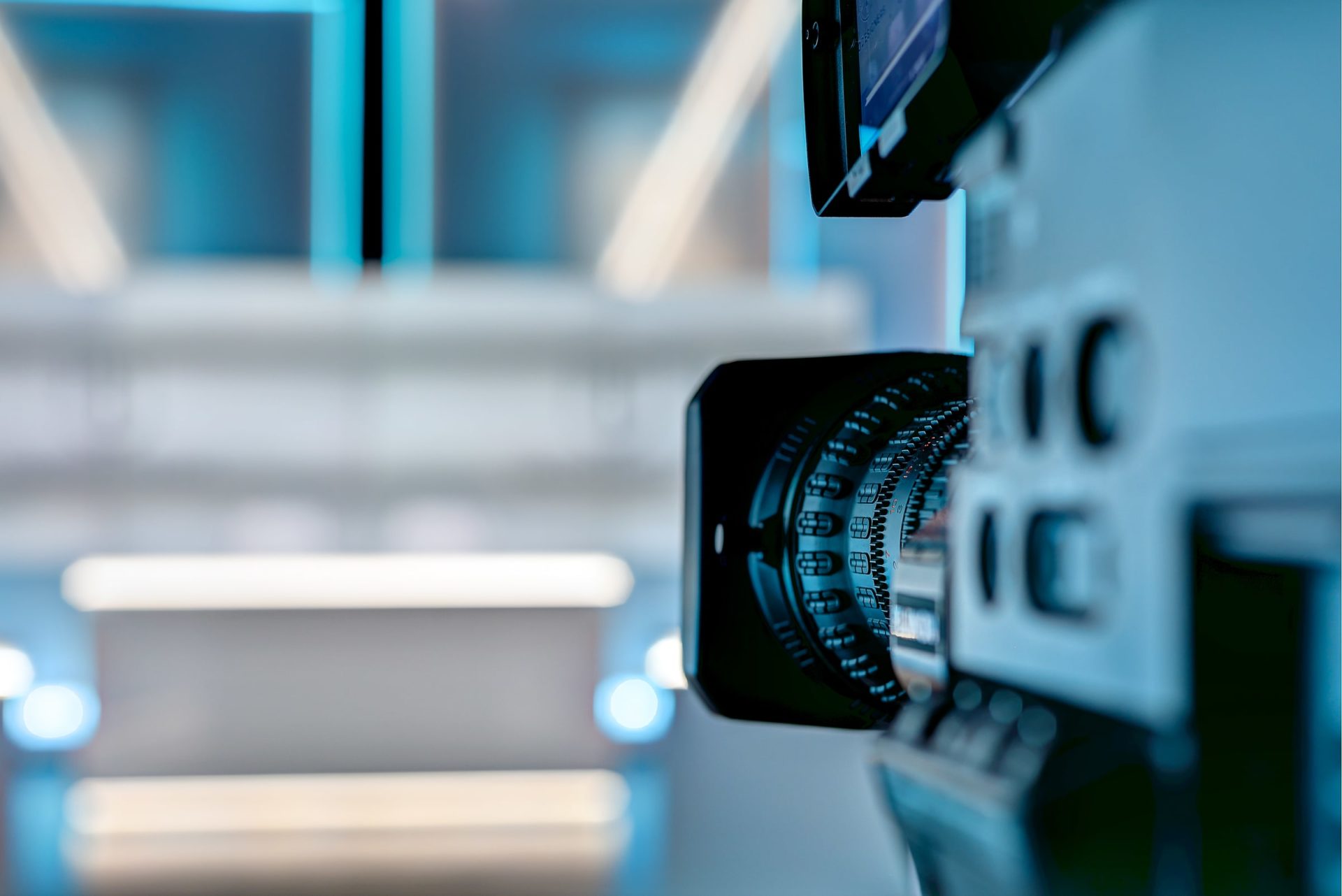 The final result, original without being futuristic, advocates function in pure forms, where aestheticism concentrates on the essentials. 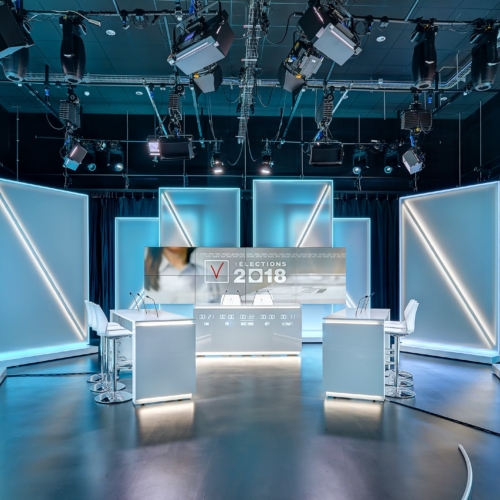 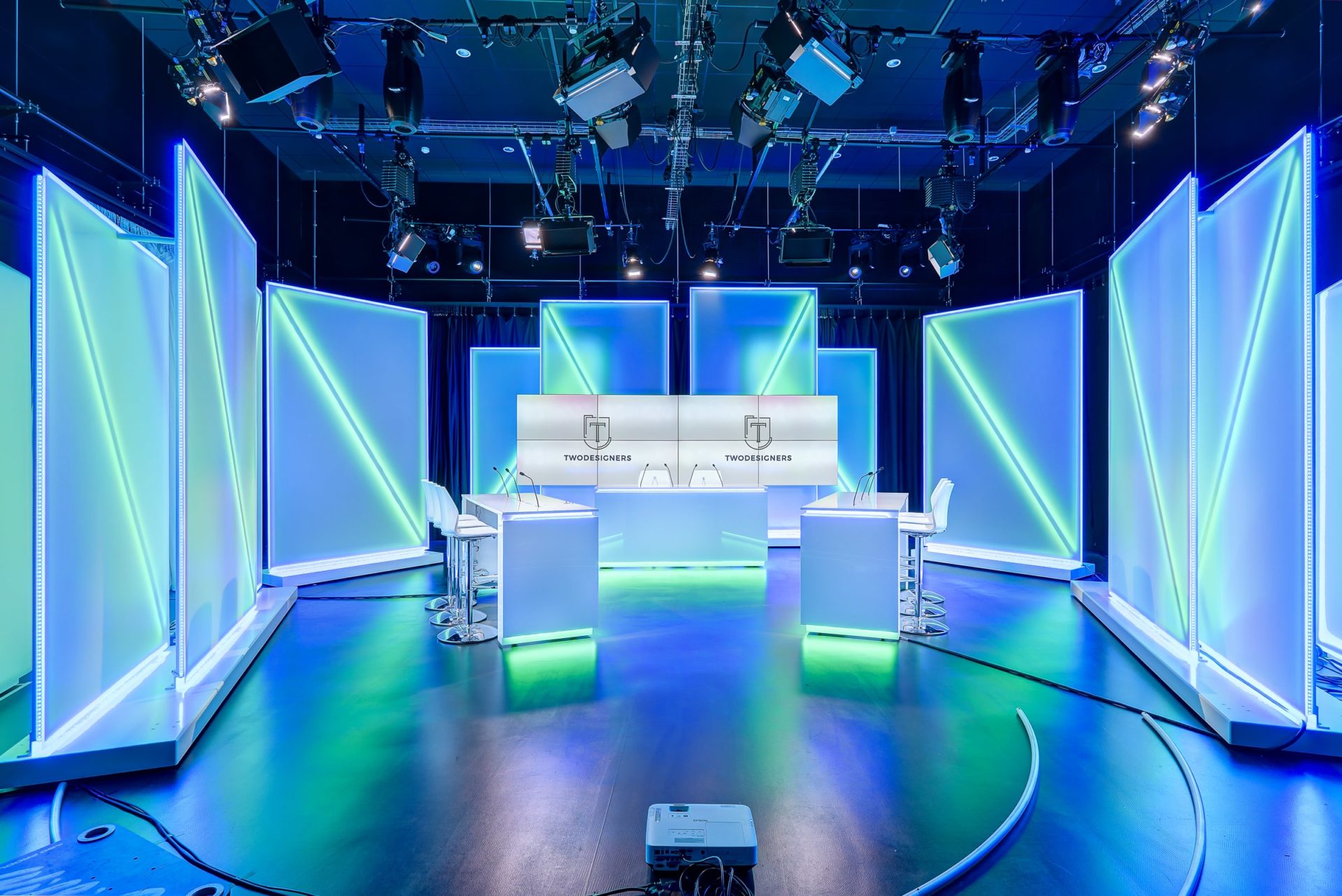 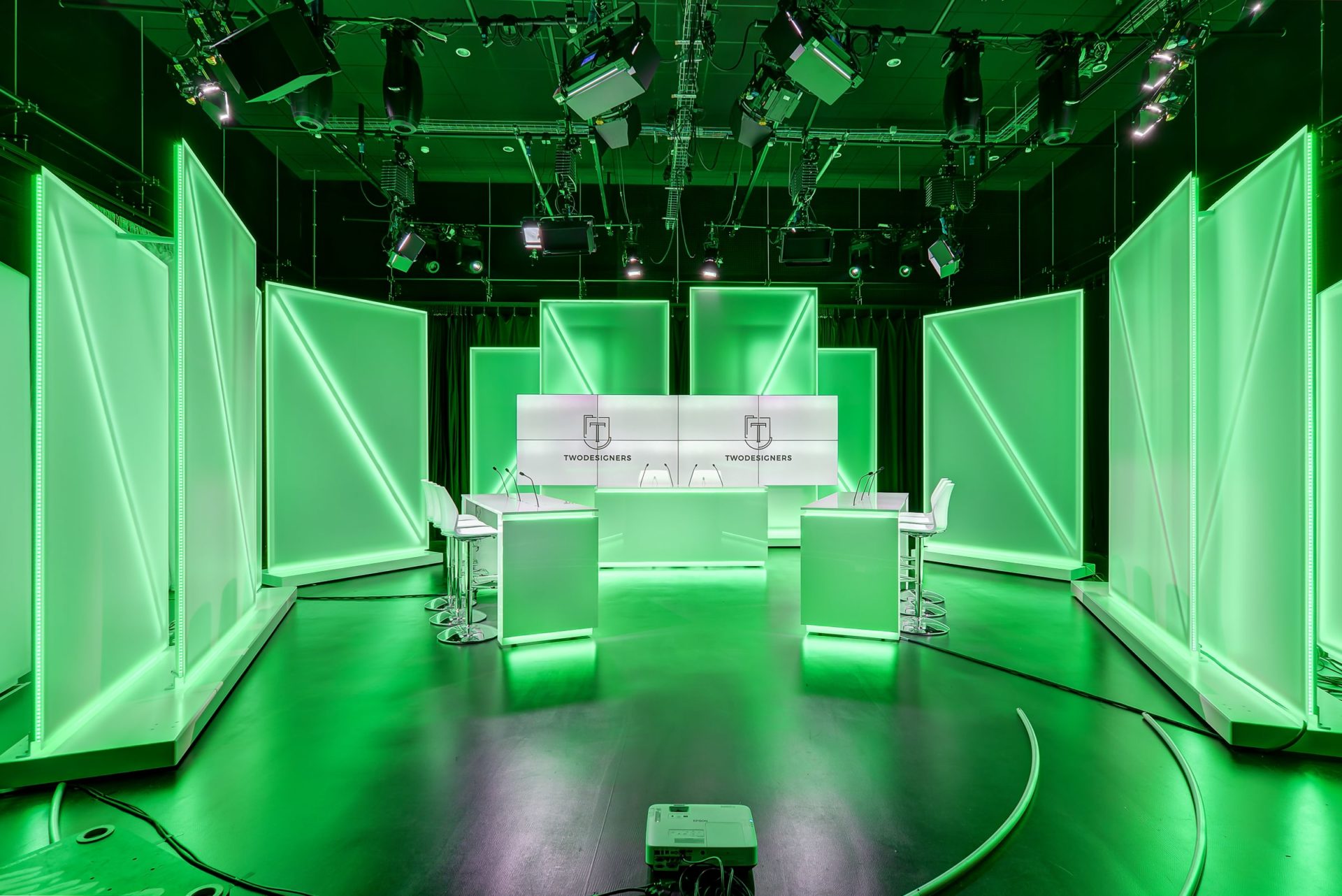 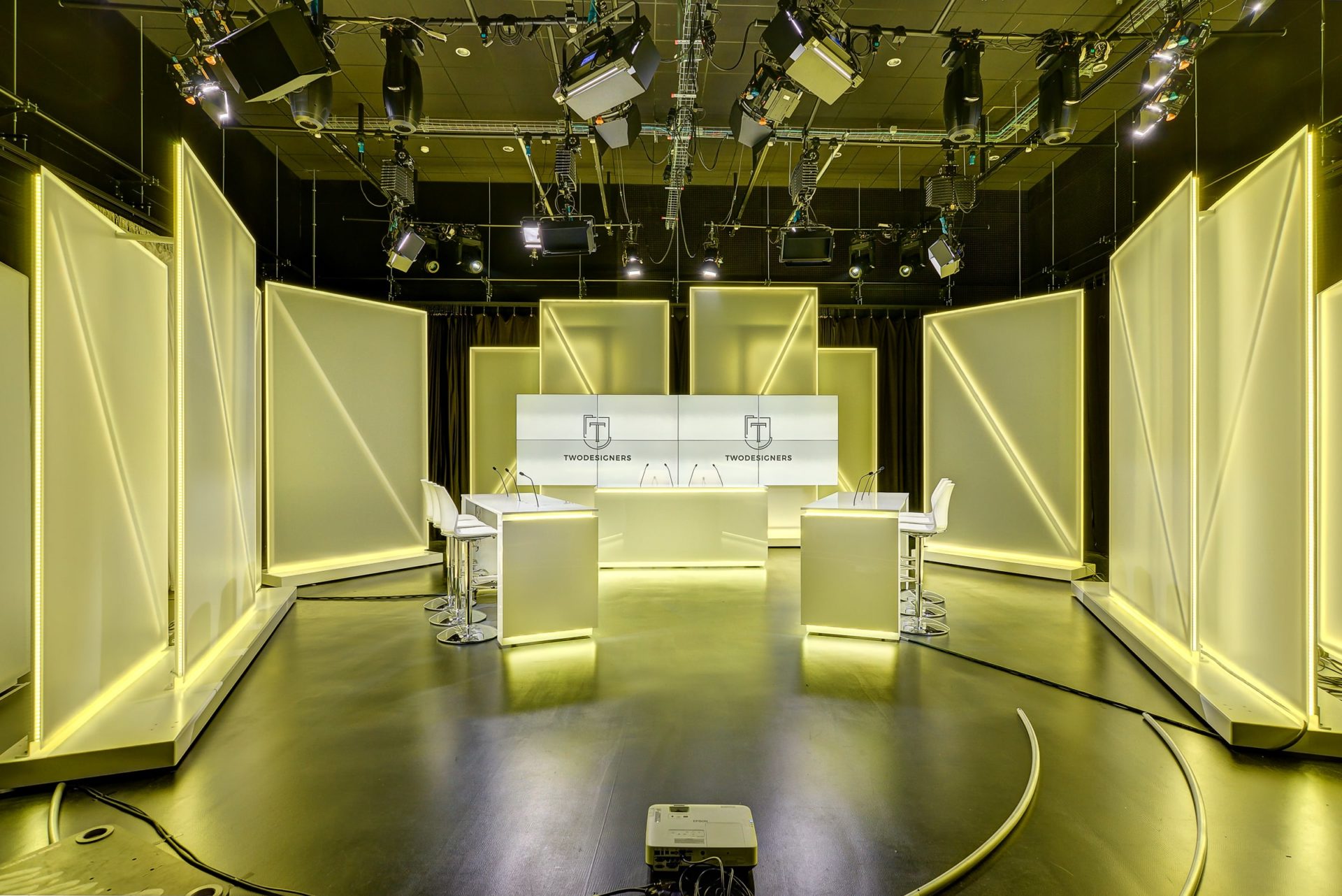